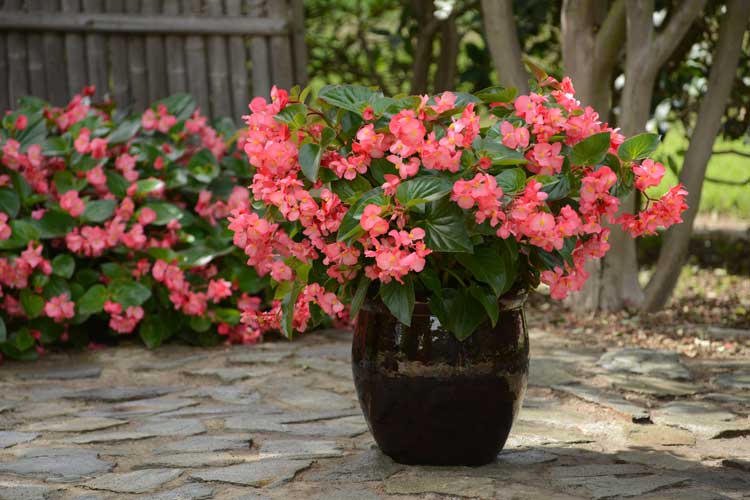 I started working at Behnke’s 30 some odd years ago, and I only remember a handful of begonia varieties being available for sale at that time. I recall the basic wax-leaf begonias in bedding flats with flowers of red, pink or white, and with either green or bronze leaves. Also popular were double begonias in red, pink and the occasional white, along with the “Charm” begonia which had a green and yellow variegated leaf and red blossoms.  Finally, the ever popular tuberous begonias with their large camellia- like blooms in an array of colors. I remember thinking: “Wow, we sure do sell a lot of Begonias!” We had one half of a greenhouse dedicated to just begonias and had to continuously restock it as they sold down. 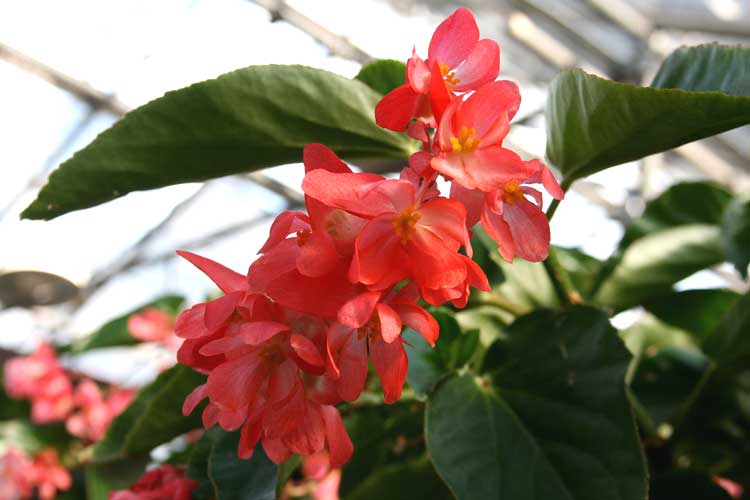 Things have really changed over the years and plant breeders have worked long and hard to introduce new and improved varieties of the old favorites. In today’s market we now have several series of begonias that boast large leaves as well as very large blooms. These include “Big,” “Whopper,” and my favorite “Dragon Wing,” all suitable for sun to shade gardening. They have incorporated new colors by breeding with other begonia species, bringing in oranges and even yellows. The Bigs, Dragon Wings and Whoppers are wonderful for large landscapes and provide color until frost. Dragon Wing Begonias definitely will not disappoint when you are looking to create masses of color in your front yard.

Begonias have gained popularity over the last few years as they are being used instead of shady impatiens, which have been plagued by a plant fungal disease called downy mildew. Pushing the plant envelope, this year the plant breeders have taken it to the next level and have introduced a new series of begonias called “Megawatt.” The tag-line for them is: “Bigger than Big, they are Megawatt!” I am so looking forward to seeing how they work in the garden!

Be sure to stop by and see the beautiful collection of begonias that is available here at Behnkes. The ones discussed above are just a fraction of what we will have available.

How Old Is This Geranium Anyway?