With this being the week we celebrate Earth Day, nearing its fiftieth anniversary, we at Behnke’s tend to think in small terms, making improvements to our own environments by working in our gardens.  I’m old enough to remember the first Earth Day, when I was a college student  [of the classic “earnest, young” persuasion] at the University of Wisconsin, handing out “save the world” literature on State Street.  Now I’m trying to figure out when I’ll get the time to sequester me some carbon by planting a few more perennials around my front walkway.

Constance, our Perennial Department Buyer/Manager has picked a few perennials to feature this week, many native to Maryland, all native to the U.S.A.  You might like to add some of these to your own gardens. 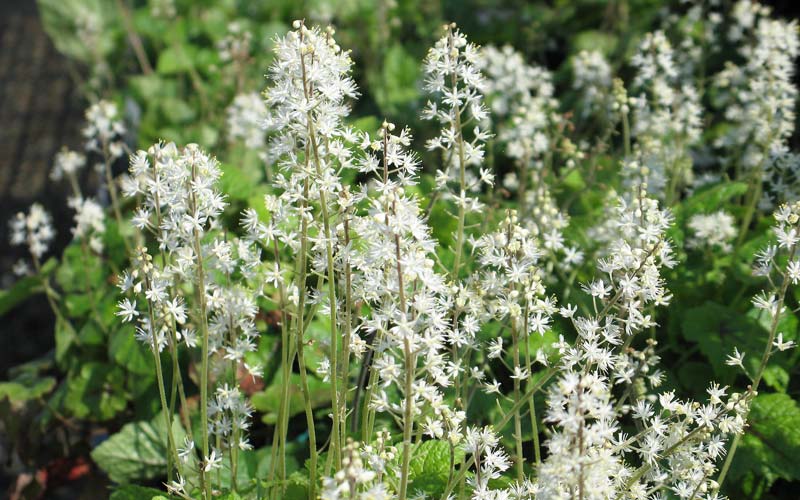 There are several species of Tiarella (foam flowers) native to the east and west coasts of the US.  Many of the foam flowers we sell are hybrids of east and west coast types, bred for improved flowering, trailing habit, and patterns in the leaves.  They are low-growing with small white or pink flowers in mid-spring, and may be either a trailing ground cover or clump forming, depending on which selection you plant.  They hold foliage late into fall and may be evergreen in a mild winter, again depending on variety.  They need soil that has had compost worked into it… and if they don’t get supplemental water in the summer during dry spells, they may fade away. 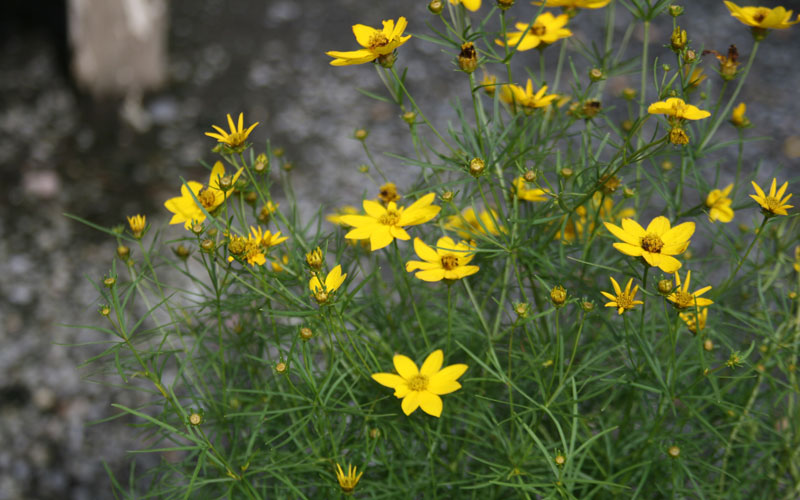 For the folks with lots of sun, we offer Coreopsis verticillata, threadleaf coreopsis.  There are a number of varieties, and the breeders have been working to increase the color spectrum of the flowers, which are pale yellow to golden yellow in the classic varieties like ‘Moonbeam’ or ‘Zagreb.’   They begin blooming in mid-June, and you will get sporadic blooming throughout the summer into fall after the first big flush of bloom, especially if you shear them back after the first bloom.  Newer varieties are “self-cleaning” and don’t need to be shorn to continue blooming. They will spread with underground stems and can act as a seasonal ground cover for you, dying back to the ground in the fall.  They tolerate drier soils in summer, once established.  Butterflies love them. 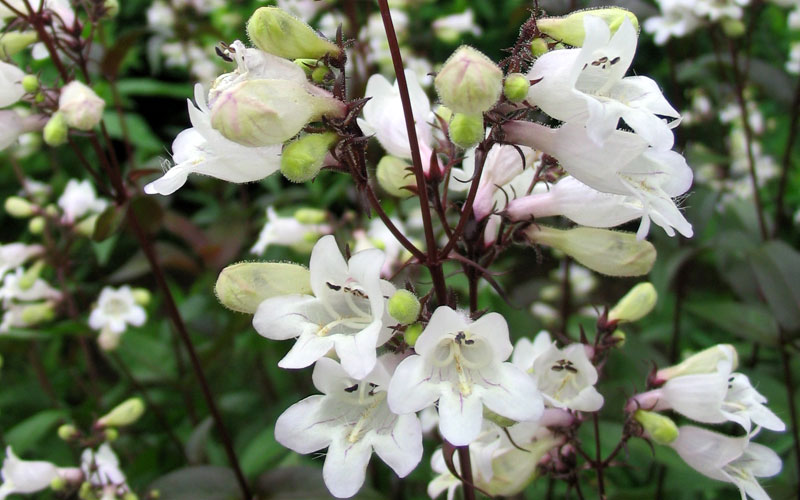 The last group is Penstemon, the beardtongues or bearded tongues.  There are many species native to sandy southwestern North America, which do not perform well in Maryland for various reasons, including the need for excellent drainage.  Penstemon digitalis, which is native to the East Coast does quite well here with minimal attention, forming a clump of basal foliage and waist-high or taller spikes of white or pink-tinted white flowers. The classic variety of this is ‘Husker Red’ which has purplish/reddish leaves.  (“Husker” because it was developed at the University of Nebraska: mascot, the Cornhuskers.  Not named after someone named “Husker.”)  A newer Nebraska hybrid, ‘Dark Towers’ has deeper foliage color and pinker flowers.

We carry some other Penstemons that you may wish to try.  Put them in full sun with good drainage (e.g., a raised bed) to keep them happy.  Because of the tubular flower shape, beardtongues are attractive to hummingbirds.