Many times I have been asked this question – why did my parents, Rose and Albert Behnke, decide to specialize in African Violets? 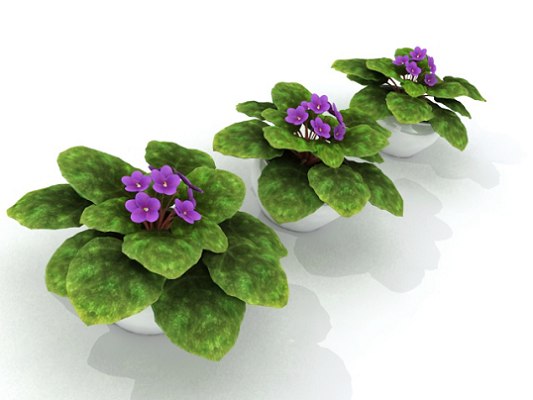 The answer takes me back to the mid 1940’s when I was in elementary school. Every day, mom took the bus to Washington, D.C. where she worked as a secretary at the IBEW – the International Brotherhood of Electrical Workers. During school vacation times I liked to do simple embroidery. This, sort of, was the start of something big and I don’t mean exciting breakthroughs in embroidery.

A neighbor lady offered to help me with my embroidery and give me tips when I got stuck. While at her home in Beltsville, I noticed the pretty, dark blue flowers sitting in her window sills and asked about them. She gave me one with instructions on how to care for it also, and this is important to the story – she told me to “cut off a leaf, put the stem in a little jar of water, and you’ll grow lots of baby African violets!”

I did just what she told me, and it worked, which aroused the interest of my nurseryman father. My mother researched African violets by corresponding with commercial growers and writers on the subject. She joined the African Violet Society and they provided a wealth of information. Behnke Nurseries African Violet production began with the purchase of a handful of plants such as the species Saintpaulia ionantha, and varieties including ‘Blue Boy’, ‘Blue Girl’, and ‘Mentor Boy’. In the early days the varieties all had single blossoms.

Those first specimens were used as stock plants, or mother plants, for propagating lots of new plants. As my brother Roland remembers, the leaves from the outer ring of leaves were removed and “stuck” into trays of damp sand: that’s how we grew them. He recalls that every evening young plants were harvested from the trays, wrapped in newspaper, placed into cardboard boxes, and taken to the Beltsville post office. During late Spring, Summer and early Fall we shipped violets all over the country. Depending on the time of year, it took anywhere from 4 months to a half a year for plants to grow big enough to ship.

New varieties were constantly added to our stock plant list. As busy as they were with the violets, they also had many other plants to raise and sell, such as pansies, annuals, perennials and of course roses, to mention a few. At the same time they thought: “Why not ? Let’s develop our own varieties, we can do this!”. So…they started cross-pollinating plants, kept records and developed some of the most popular varieties such as ‘Behnke Boy’, ‘My Maryland’, ‘All Aglow’, ‘Washington Star’, ‘Sonja’ and ‘Fantasy’. ‘Fantasy’ was one of the first speckled varieties, a pale single lavender with dark speckles on the petals.

Mom was the one that was instrumental in doing the tedious crossing and record keeping. When the new “babies” (plantlets) bloomed, only those that had any potential were set aside for more work. The best would be named and registered with the African Violet Society. Those not selected were sold as seedlings in 2″ clay pots  .35 cents each or three for a dollar.

Many African Violet clubs were started in the late ’40s and early ’50s and mom would give talks to them on the latest care and culture. She wrote articles not only for local papers but also for a national magazine. Dad developed potting soil for them, which we sold as “Afra Soil” because our customers wanted the same soil. This was packaged up in 5 and 10 pound bags, I know my brothers remember bagging it. Dad kept changing his soil mix always striving for better and better.

There is so much more to this little story. I am sure Roland, William and Albert could recall all of the trials and tribulations of Behnke Nurseries and the African violets. We no longer grow and develop new varieties. Luckily, with the advent of the “bigger and better ” commercial violets on the market grown all over the world new and unusual varieties are readily available. The African Violet Society still publishes their magazine where you can find what is going on in the wonderful world of Saintpaulia ionantha and its relatives (website avsa.org). To this day no other blooming houseplant has taken its place. The sheer number of varieties, flower colors and leaf selections, and ease of growing them in the home has not been surpassed. Yes, orchids are right up there, Mom raised them too but that’s a story for another day.