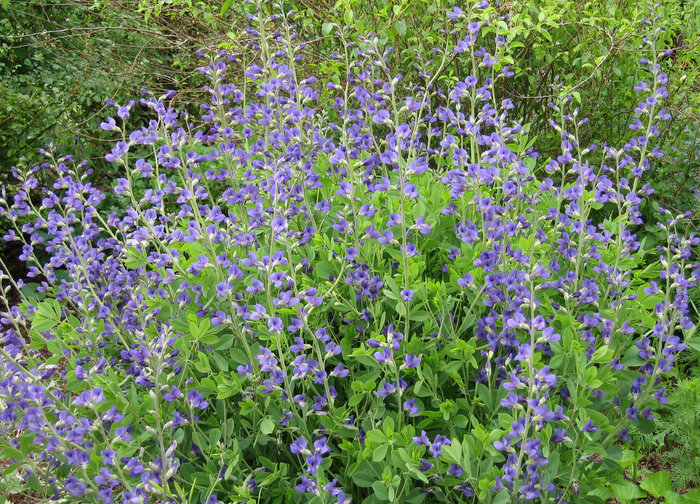 And it was love at first sight, though lust may be more accurate.

Though slow to establish, Baptisia becomes a tough, drought-tolerant and low-maintenance plant. The flowers are followed by 2-inch swollen pods that turn black as they mature; the seeds inside rattle when after they’ve ripened. Very cool! And some Baptisia-lovers recommend either cutting the spikes of the blue-black seedpods in midsummer for dried arrangements, or leaving them to add winter interest in the garden.

All baptisias are native to the Eastern U.S. The only tricky part is that they’re “slow to establish,” which tests our patience. And its deep taproot really doesn’t react well to being moved.