Behnke Nurseries was started in 1930 by my grandparents and the original name of the company was The Albert Behnke Nursery.  Here are some photos of our original selling area. Yup, right out there on US 1. As you can see, my mother and uncles would be right there helping, with cars and trains running by. People would pull over on US 1 to buy small bunches of plants or shrubs. Or you could get gladiolas for 45 cents a bunch! And if no one was in sight you just had to blow your horn and someone would come running.

The location of this selling area is about where our houseplant house is now. Further back, behind the shack, my grandfather built a small house for my grandmother to raise their family in while keeping the business going. 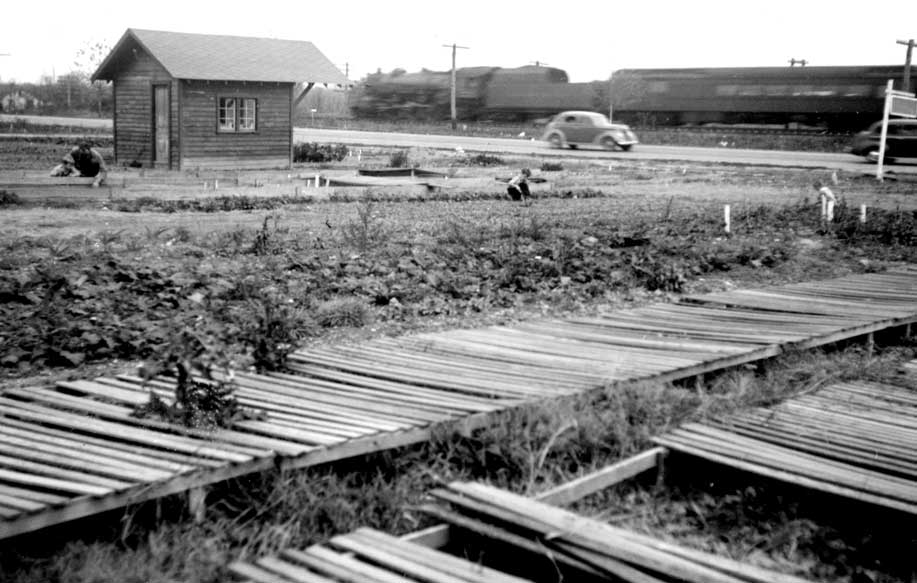 So much hard work went into creating Behnke Nurseries back in the early years, but  a lot of memories were also made. My mother and uncles have shared so many stories about growing up with this hard- working German. He was a very hard task master and demanded quality in whatever was being done. But the children also got to play right along with their parents.

Life might have been hard back then but maybe it was really a lot more simple. Playing in the dust and muck, fishing in the pond, finding big old bull frogs and creating forts. All done in between the chores they had to do (I think the boys got the bad end of that deal since in most of the photos my mom seemed to always be dancing or playing while her brothers were working).