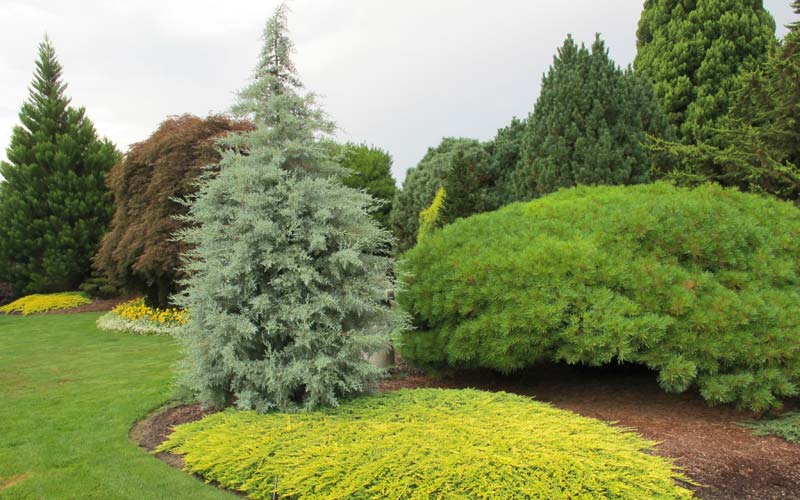 Most all shrubs benefit from pruning.  Typically, it promotes branching and thereby increases the density of the canopy.  It also is a great way to keep your shrubs from getting big, or infringing on other shrubs.  The one point many people don’t understand is that plants must continue to grow for survival, whereas most people stop growing in their late teens.

Late winter is the time when most evergreen shrubs need an annual haircut.  Don’t prune shrubs that flower in the spring, like azaleas, because flower formation occurred the previous late summer/fall.  The rule of thumb is if it flowers early/late spring, prune post flowering; everything else is fair game now.

Another cardinal rule that is usually forgotten is that all foliage needs some degree of sunlight (think back to grade school—the law of photosynthesis).  Peek inside an evergreen and you will discover that there are no needles or leaves close to the main trunk.  That’s because sunlight doesn’t penetrate there.  Always prune to maximize exposure to sunlight.

Evergreens can be pruned quite severely and still generate new growth; needled evergreens usually need multiple shearings, taking a small amount of foliage each time.  Sometimes when I’m driving around, I will notice conifers trimmed radically and there are large patches of brown where no new growth is produced on old wood.  This is a result of a plant growing and not being pruned timely.  Remember, it’s easier to do repeated small prunings than a radical pruning.   That’s why we go to hair salons frequently.

Also, fertilization should be done at the same time.  A plant may be dormant but the root systems are still active.  The objective is to maximize the plant’s potential to flush out with new growth when there is usually plentiful moisture, warm temperatures and rich nutrients.