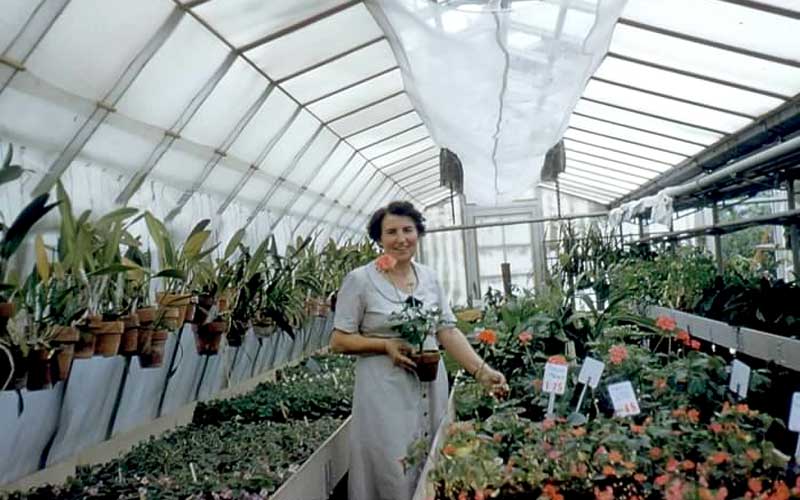 Today, February 28th, my grandmother, Rose Behnke, would have been 110 years old. While I know she’s been gone for many years, it seems like yesterday that the whole family was sitting around the dining room celebrating one of her birthdays with her favorite meal, Chinese takeout! Seriously–while she was a great cook, on her birthday we had takeout! For this special occasion, I thought I would share one of the plants that she loved, African violets.

Rose Behnke started a life-long love of African Violets back when my mother was a young girl in the 1940’s. She started cross-pollinating plants, kept records and developed popular varieties such as ‘Behnke Boy’, ‘My Maryland’, ‘All Aglow’, ‘Washington Star’, ‘Sonja’ and ‘Fantasy’. ‘Fantasy’ was one of the first speckled varieties, a pale single lavender flower with dark speckles on the petals. And it’s still around! I received an email a few years ago with this photo from Drew Norris, a member of the Gesneriad Society in Colorado. He wanted to know if I could verify that it was one of Rose Behnke’s violets.  A quick email to my mother, Sonja Behnke Festerling, confirmed what I was pretty sure of; yes this is ‘Fantasy Girl’.

Rose was so proud of her violets that she would hand-pick an assortment and send them to the White House for each new first lady.  She prized the many letters of thanks she received from first ladies and the White House from the Truman years through the Reagan administration. 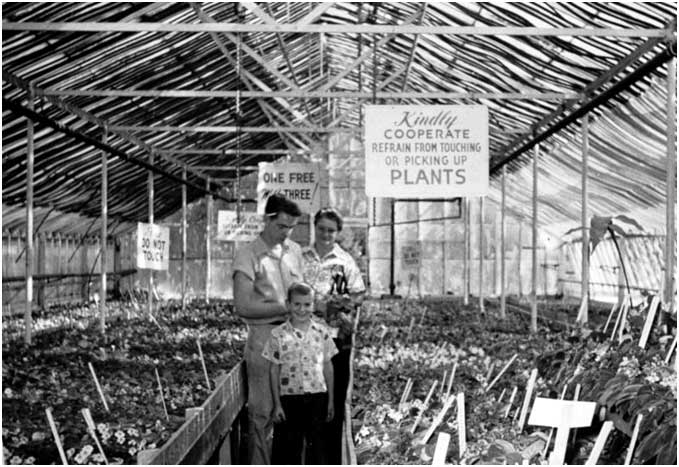 By the time I came around, violets were a big part of Behnke’s history.  Where the houseplant greenhouse is now located, we had “The Violet House” with benches and benches of beautiful African violets that we grew from cuttings. As a little girl one of the first jobs I had was cleaning them–picking each one up, and pinching off any dead blooms and leaves. Sometimes good leaves broke and fell on the soil floor. Weeks later, little violets would be growing under the benches. In the front of this greenhouse was a DISPLAY ONLY area with a selection of large, beautiful violets in clay pots that people still talk about to this day.

By the way, my grandmother also named a violet after me, ‘Stephy’, a light pink flower that was unfortunately a poor performer and discontinued. But how special I felt having that violet.  It wasn’t until I was married that I got another plant named after me–a daylily–but that’s a story for another time.