Many people are familiar with Yews, as they are great evergreens with a soft texture and ease of culture, especially when it comes to perfectionist trimming. Although they are similar in appearance, however, Plum-Yews and Yews are not closely related, but still can be used in similar growing conditions. From sun to shade, they are quite adaptable and once established are tolerant of both drier and wetter conditions than Yews survive, though still need decent drainage.

As plantsman Michael Dirr says, Plum Yews will thrive “under climactic conditions that would doom [Yews].” The other major benefit, though, is their unpalatability to deer, which is certainly a major issue our area. Their name comes from the appearance of the needles (Yew-like, though longer) and the fruit, which can be a plum-colored berry if they get pollinated. Although I have yet to ever see fruit on a Plum-Yew, I do see plants in various locations where they make nice evergreen foundation plantings and mixed-bed accents.

Their deep, dark green needles make for a nice backdrop for “see-through” flowering plants like Japanese Anemone, Bugbane, Yucca and False-Yucca. As with many of my other gardening preferences, I like to combine foliage so I don’t have to worry about out-of-season flowers. Plum-Yew foliage would mix well with the bold leaves of a variegated Hydrangea, the golden leaves of ‘Little Honey’ Oakleaf Hydrangea, the changing colors of a dwarf Nandina, the brilliant yellow splashes of Aucuba or any number of perennials such as ferns and grasses. 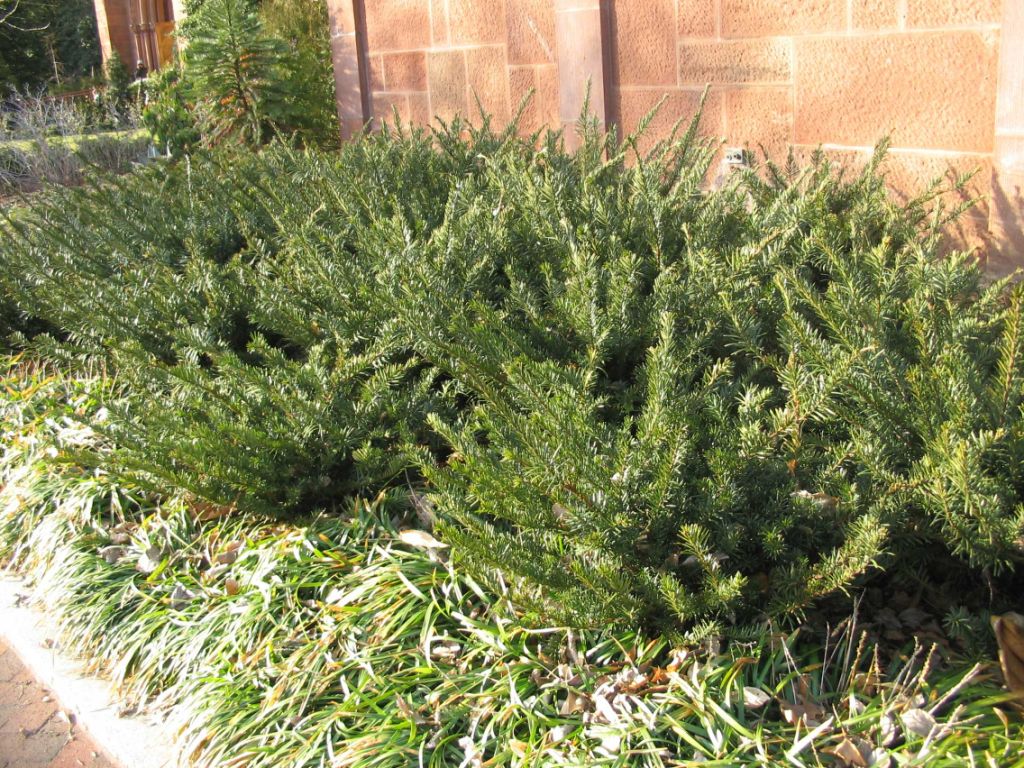