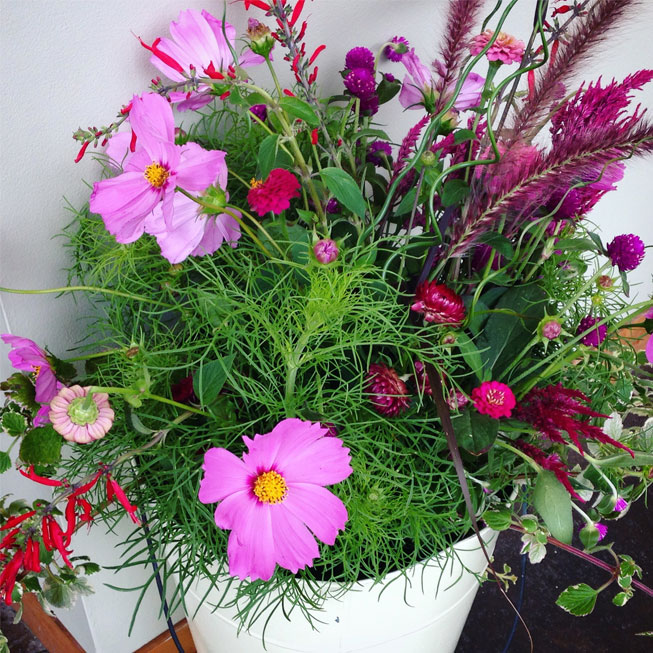 This weekend was the big weekend. I crossed a first off my Life’s Accomplishments List. Six months ago, I began planning a wildflower garden for an old friend’s wedding. After carefully selecting seeds and plants that would likely hold their flowers until the end of September, I began a project like none other I had ever attempted. Starting with a bag full of seeds in March, I began sowing one of my proudest moments.

In my greenhouse in the early spring, I began the first round of seedlings. In June, I began a second planting, and in July a third and final stage. My husband helped me rototill fresh compost in the spring before I transplanted the first batch of baby plants. Several times weekly, I would pick the flowers that were blooming to promote longevity in the plants. With many plants, pruning flowers can essentially trick the plant into continuing to blossom.  By the end of the Summer, I had a beautiful and overflowing 2,000 square foot wildflower garden.  Thankfully, we had a fairly mild Summer and the flowers remained unstressed until the very end when we had a heat surge. By this point however, the end was in sight, and the flowers held strong.

The bride wished for unmanicured bouquets and arrangements; whimsical and natural.  I selected many varieties of zinnias, cosmos, snap dragons, herbs and a couple of varieties of coleus for greenery, statice, strawflowers, gomphrena, and a couple of packets of Botanical Interest wildflower seed mixes.  The day before the wedding, I also raided, with permission, my mother’s garden for a few items including golden rod and pennesetum grass flowers.  I had several varieties of sunflowers that diminished two weeks prior to the wedding also. While this was a disappointment, I was grateful they had acted as such excellent pollinators through the Summer months for the rest of the garden. 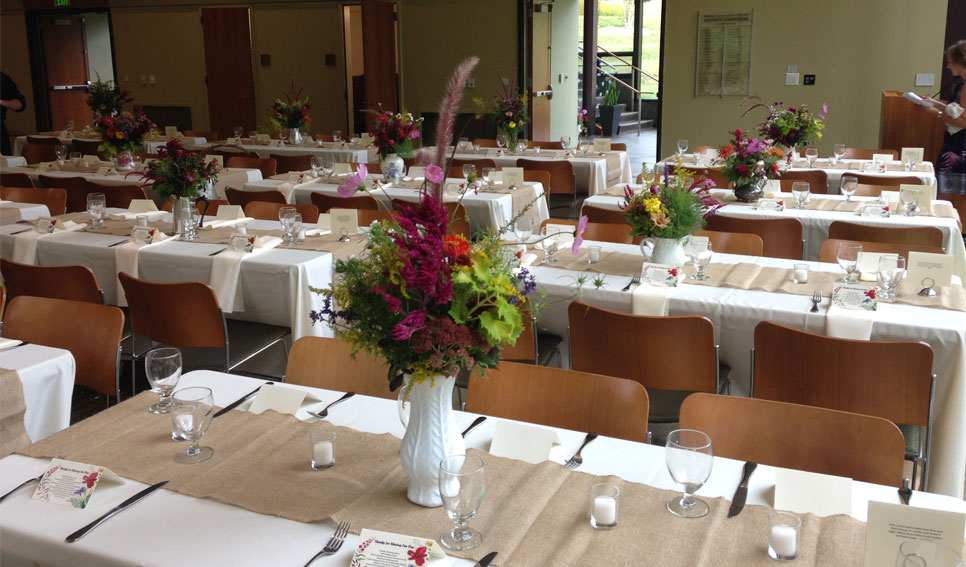 I have never seen any of my efforts or creations come together in a way comparable to last weekend.  It was one of the truly more rewarding experiences in my life.  The old expression, ‘hard work pays off’ has never applied more for me.  The centerpieces were lush, with many shades of green, punctuated with pops of colors from the wildflowers. They were whimsical and wild; perfect for the style of the bride and groom.  Watching the whole project come together over the course of the last several months has been remarkable.  I would do it again in a  heartbeat- maybe just not seven months pregnant next time.