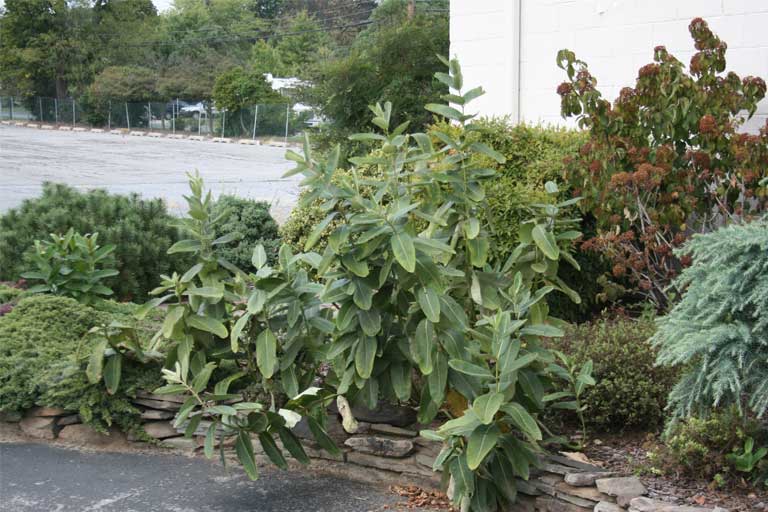 We have a couple of patches of common milkweed (Asclepias syriacus) growing on the grounds of the garden center.  These were not intentionally planted, they started as seedlings from some errant seed dropping in by parachute at some point in the past.  You’ve seen these seed parachutes yourself, but probably did not know what they are.  When I was a kid, we’d see these little round fluffballs drifting on the wind and we called them “wishes.”  If you caught one, your wishes would come true.  The seed is suspended from the base of the parachute and at some point is dislodged, leaving the ‘chute to float until it gets tangled up in something. 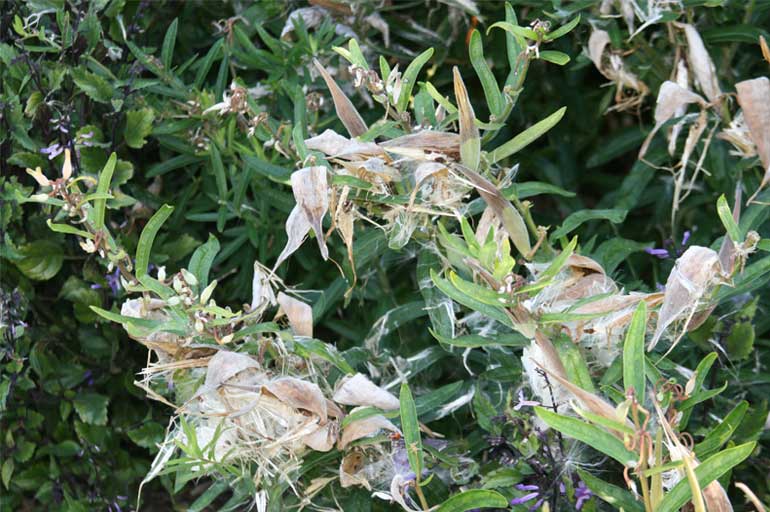 We don’t sell common milkweed.   Even though Asclepias is the sole food source for monarch butterflies, this particular one doesn’t make a very good garden plant. It spreads quickly underground like bamboo, and the foliage isn’t particularly attractive (although the waxy pale pink flowers are quite nice).  We have tried to grow it in pots a few times, but lost most of it.  For a rampant weed, it’s fussy about “pot culture.”  We carry two other perennial milkweeds, the Butterfly Milkweed (Asclepias tuberosa), with nice orange flowers in early summer, and the Swamp Milkweed (Asclepias incarnata), with white or deep pink blooms in early summer.  Monarch caterpillars also will feed on those.  These are best planted in the late spring/early summer.  Both are doing quite well in the Pollinator Garden we planted in the summer of 2015. 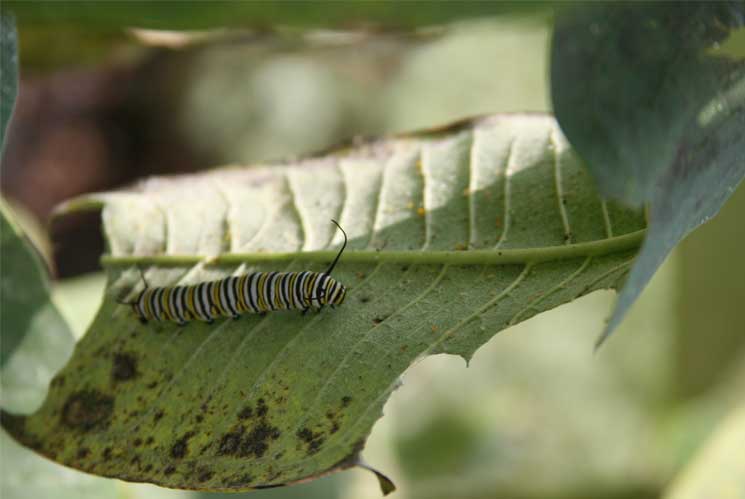 We were excited at this writing (September 7) when we spotted a half a dozen monarch caterpillars on the common milkweed.  I’ve been looking for these (not continually) for close to 60 years, and it’s the first time I’ve actually seen them.  We hope they eat their fill, make a chrysalis, hatch, and fly west.  It’s very nice to know that we’ve made a contribution to the great monarch migration.

Update: Even more excited today (September 14), because we saw a mother-to-be monarch laying eggs on the plants.  She hovers around, lightly touching down and tapping her abdomen to the leaf (mostly on the underside), and deposits an egg.  This is a movement reminiscent of something my Pilates trainer keeps trying to get me to do:  “Okay, legs out straight and pointing to the mirror. Lightly tap your feet to the ground and right back up!”  Thud.  Also no egg. 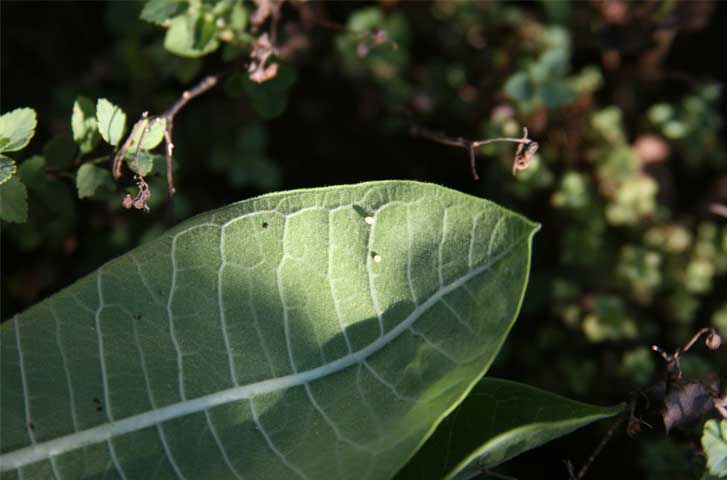 She then flits off to a new leaf, as only a butterfly can flit.  The small greenish eggs are laid individually, not in a mass, and are about the size of an aphid.  Since milkweeds almost always have aphids, the comparison of size is easy.  Soon they will hatch and we’ll have another crop of monarchs, hopeful that it’s soon enough to make it for the fall migration.