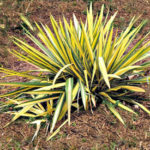 Yucca – Nearly indestructible, these hardy evergreen Agave cousins are great for many uses in the garden. Plus, most varieties of our Yucca stock are selections from our locally native species. Give them sun and good drainage and they’ll withstand drought, heat, cold, deer and whatever “benign neglect” you can throw at them. I’ve had one living happily in a container with other evergreens for several years now – it gets baked on the hot deck, nearly frozen solid in winter, and has regrown beautifully after a maniacal squirrel chewed off its leaves this past winter. 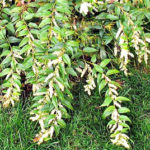 Leucothoe – No informal shade garden should be without these graceful evergreens. Related to Andromeda and Azaleas, they’re happiest in moist, shady sites. Deer do not like them, and you’ll get white flowers in spring and, in several varieties, colorful foliage on new growth. They’re low-growing enough to plant in front of other tough shade denizens – Nandina, Mahonia, Osmanthus, etc. – and mine have been prospering with no care, marauding deer and general neglect for over a decade. 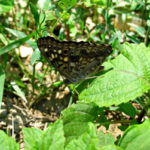 Hackberry – With such a lovely common name, it’s no wonder more people don’t know about this nice native tree. With berries for the birds, interesting corky bark and good drought tolerance, they’re great suburban and city trees due to their adaptability to poor soil and tolerance for pollution. Best of all, they’re host plants for several of our local butterflies – namely the appropriately-named Hackberry Emperor and the comical Snout. 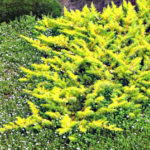 Juniper – Tried and true, junipers are great evergreens for a variety of uses. Mid-size shrubby forms can be used as foundation plants or hedges; low-growers make excellent groundcovers; upright types are best as accents and taller screens. Deer rarely bother them, the berries can draw birds, they’re drought-tolerant and they lend themselves well to topiary and bonsai. There are plenty of underused varieties like the various golden-needled creepers, the beautiful blue-silver shrubs, and the upright sculptural, windswept-look forms.