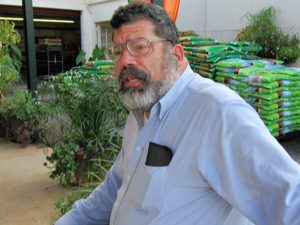 I’d heard about the Potomac store opening. I went to check it out. I hadn’t worked at Behnkes at Beltsville for four or five years then, because we had moved out to our current house for a life of commuting. Who should be there as manager, but Alex Dencker…. Within 30 seconds I was being fitted out for a Behnke’s employee T-shirt, whether I wanted it or not. The rest is, as they say, history.

I was originally scheduled to work in Woody Plants, and when they told me that, I worried about my lack of knowledge there; I’d always been in Perennials before. And said so to them. LOUDLY. Would you not know, at that very moment Carolyn Dixon, then head of Woody Plants, was leafing through Dirr’s Manual of Hardy Trees and Shrubs. 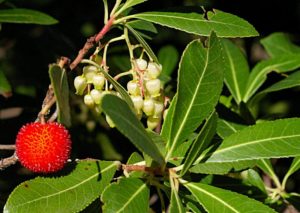 She was muttering and looking for something that she’d forgotten the name of. “We grew it in England for the ornamental fruits. I can’t think of the Latin”.  I said, “Strawberry tree?” and the office went dead quiet. She raised her head and said, “Yes” and I said, “Arbutus unedo”. At which point, the room blew up. And despite my saying that this was a fluke, and I’d fallen in love with that tree when stationed in California, and there was quite a difference between knowing a plant’s name and knowing anything about growing it, it was too late. I was established as An Expert.

When Behnke’s bought the place, they did so lock, stock, and cat. Bitsy was the Nursery Cat, a sweet (but feisty) little football with fur. Now the first three or so weeks I was there, I kept seeing motion out of the corner of my eye, and I thought I was hallucinating/had eye trouble. Then my “eye trouble” ran across a customer’s foot. She screamed bloody murder, of course…. It was a chipmunk. As a matter of fact, there was an extended family of chipmunks. One day a chipmunk ran RIGHT IN FRONT of Bitsy. I sicc’ed her on it. She looked up at me, and the look said, “yes, it’s a chipmunk, what do you expect me to do about it?”

They also had graveled the up-the-hill area, and each spring a pair of killdeer would set up housekeeping. (killdeer are a kind of plover, the only kind that comes inland). They nest in river gravel, and these two decided that our graveled area was “close enuf for Gummint work”. The nest, just a depression in the gravel with the eggs and Mama, who was colored pretty close to the gravel, sitting on them, was discovered each spring, usually by a customer; mama would sit until the customer was right THERE, and then fly up, shrieking, only to fall to the ground with a “broken wing”. Of course, usually the customer was making a fair bit of noise, too. Then the area got taped off until the eggs hatched. 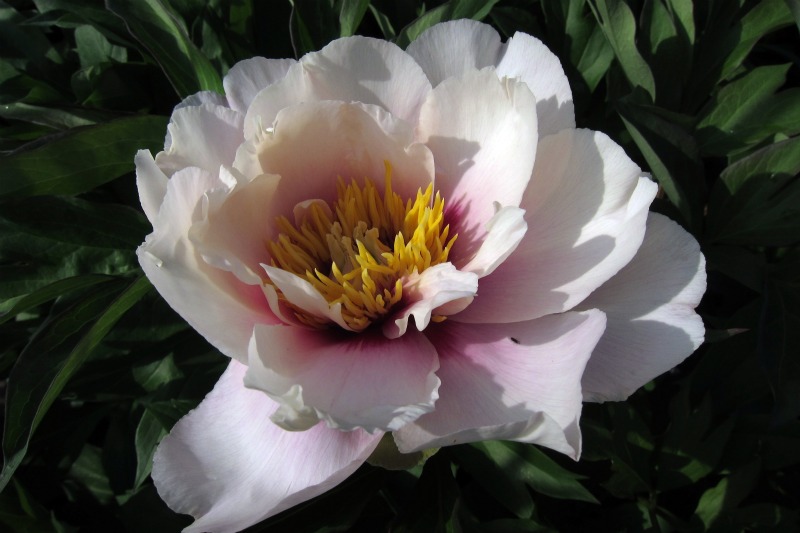 Then there were the Hissing Peonies…. Larger perennials, such as peonies, would come in metal carts with mesh sides, about four feet by four, and six feet tall and open on only one side. Even I, tall as I am, would have to step on the bottom shelf, grab the side, and swing up, to get the stuff in the back of the top shelf. Well, one Friday morning a big shipment came, including carts of peonies, and when I got there on Sunday morning a lot of carts still had not been unloaded. Fine. I unloaded the bottom two shelves of a cart of peonies, then swung up and reached for a pot on the top. The peonies hissed. I did what any red blooded American male would do when something you can’t see hisses at you. I screamed at the top of my lungs and jumped back.

It turns out that a mama mallard duck (usually ground nesters) had decided that the peonies, six feet off the ground, were, again, close enuf for Gummint work, and there were already two eggs. Upshot of the story; the cart stayed where it was until Mama laid five (six?) eggs, and they put a board ramp down into a wading pool of water when they hatched. The ducklings went to a farm. They had to sell those particular peonies as unlabeled; ducks just trample down a hollow in the grass for a nest, and when they leave the nest they pull the grass over the eggs. In this case, all Mama could pull loose were the plant labels, and that’s what she did.

I loved (love) working there, whichever location. Not only are you there when the rarer stuff is unloaded off the trucks, but I bend people’s ears about the Four Seasons Garden Club, too.