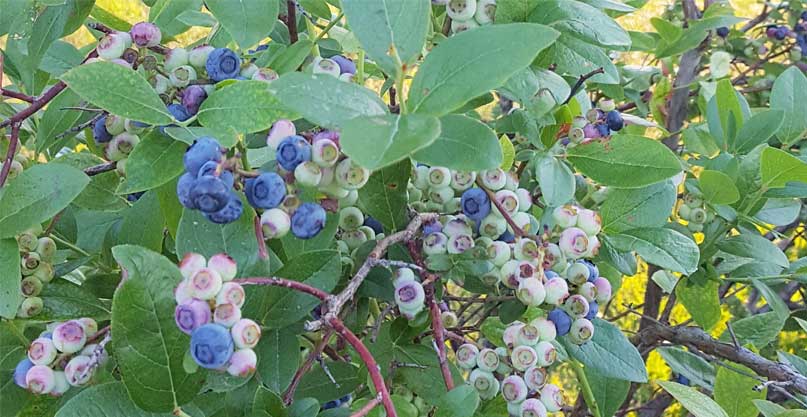 In the 37 years I have been part of this family, some of our best times have been standing around this bush, picking the berries. Each evening my mother-in-law would bring out her basket and we filled it up. She would share the berries with all of us and freeze enough to last the entire year. She told me the other day that they just finished up the last of them from 2015. Now my daughter and her family live in there and they are enjoying the bounty of berries. Especially our grandson, Aaron, who loves to eat as he picks.

In the past, I have shared that my grandmother, Rose Behnke, used to make us the best blueberry pancakes but my husband insists that his grandmother made the best blueberry Roly Poly.  I have never attempted to make one, but maybe this year I will.  Even the birds get to share in the harvest each season.  So thank you to my father-in-law; or, maybe it was my mother-in-law who suggested he replant these two plants in the back yard. We have enjoyed them and look forward to them each year.