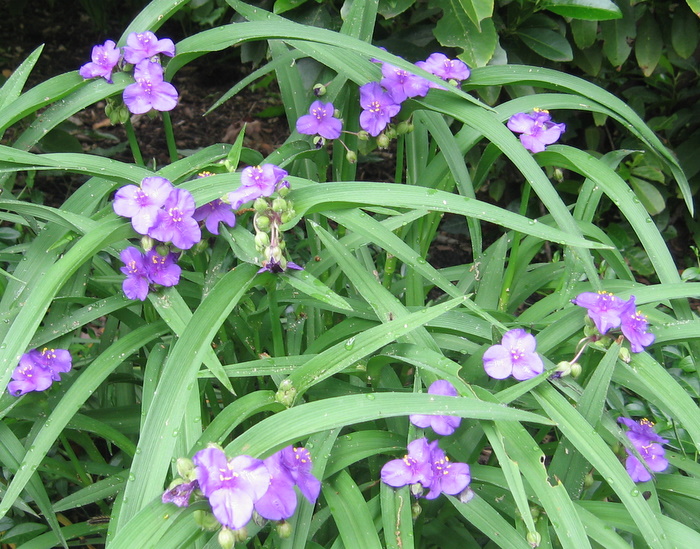 Spiderwort or Tradescantia virginiana is native throughout the Eastern U.S. from Maine to Alabama, and was first introduced to Europe as a garden plant in 1629.

Arriving in my garden as a weed, it’s been a keeper for me, despite its famously unattractive appearance after flowering. The solution to that is to simply hack back the ratty-looking foliage, which produces regrowth and some reblooming — ain’t nature accommodating?