I’m back home after a visit to the Pacific Northwest, where temperatures barely made it into the 70s.   I know, hard to believe!  But take a look at these photos of the famous Bloedel Reserve on Bainbridge Island in Puget Sound, a short ferry ride from Seattle.  Can’t you just feel the cool, wet air? 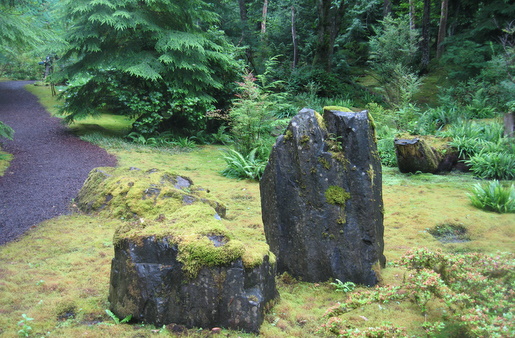 Of Bloedel’s 150 acres, the moss garden is the most photographed spot. 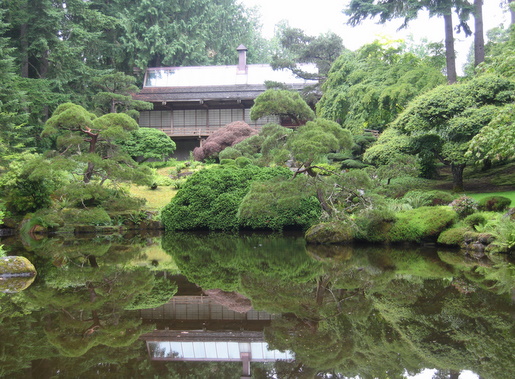 The Japanese garden is just as popular with visitors. 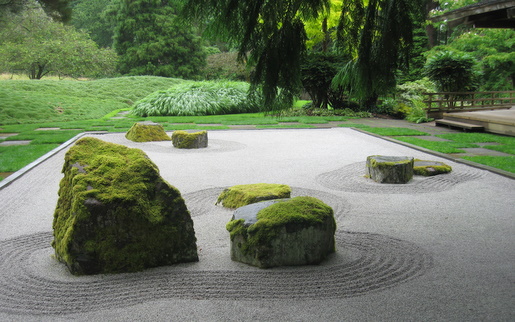 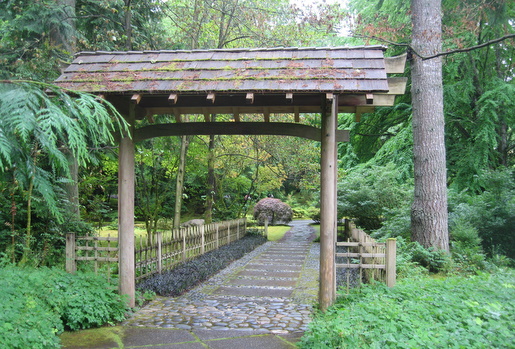 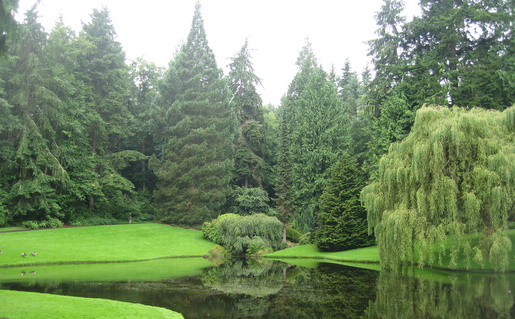 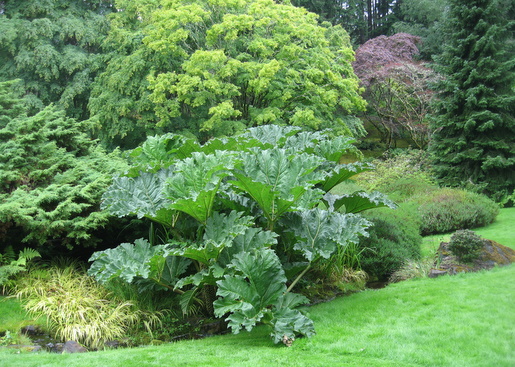 Let’s see if Behnkes’ perennials specialist can identify this plant with the monstrous leaves.

UPDATE:  Larry says it’s a Gunnera, marginally winter hardy here. He saw one once that was wrapped in insulation for the winter.  “Good pond edge plant for a big pond, needs constant moisture.” 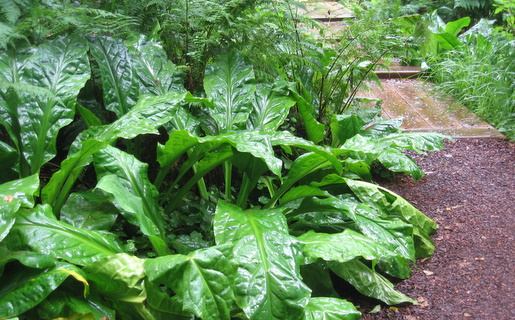 Moving to the woodland gardens, I spy another large-leaf plants I can’t name.  Larry?

UPDATE from Larry:  “Big long narrow leaves belong to yellow or Western Skunk Cabbage, Lysichiton americanus, native to the Pacific Northwest.  We of course have a species on the eastern side of the Rockies as well, same large leaves but broader, with the flower being dead meat reddish brown instead of yellow. Skunk cabbages are in the arum (jack-in-the pulpit; dieffenbachia) family.  Flowers precede the foliage, and may be seen poking up through late snow (they are only 3 or 4 inches tall.) Neat because they actually generate heat and can melt the snow in the immediate vicinity.” 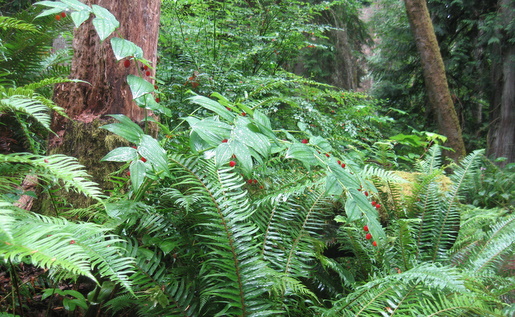 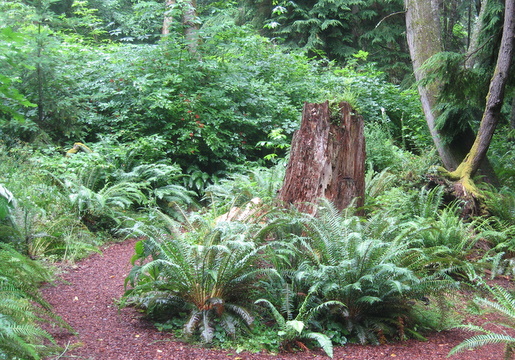 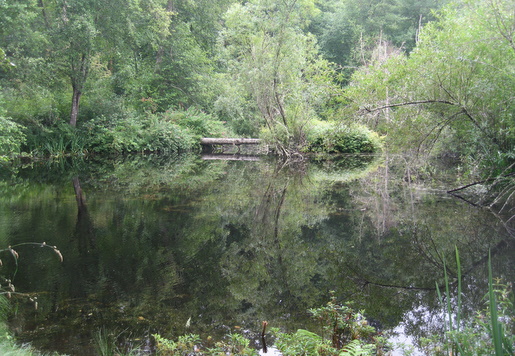