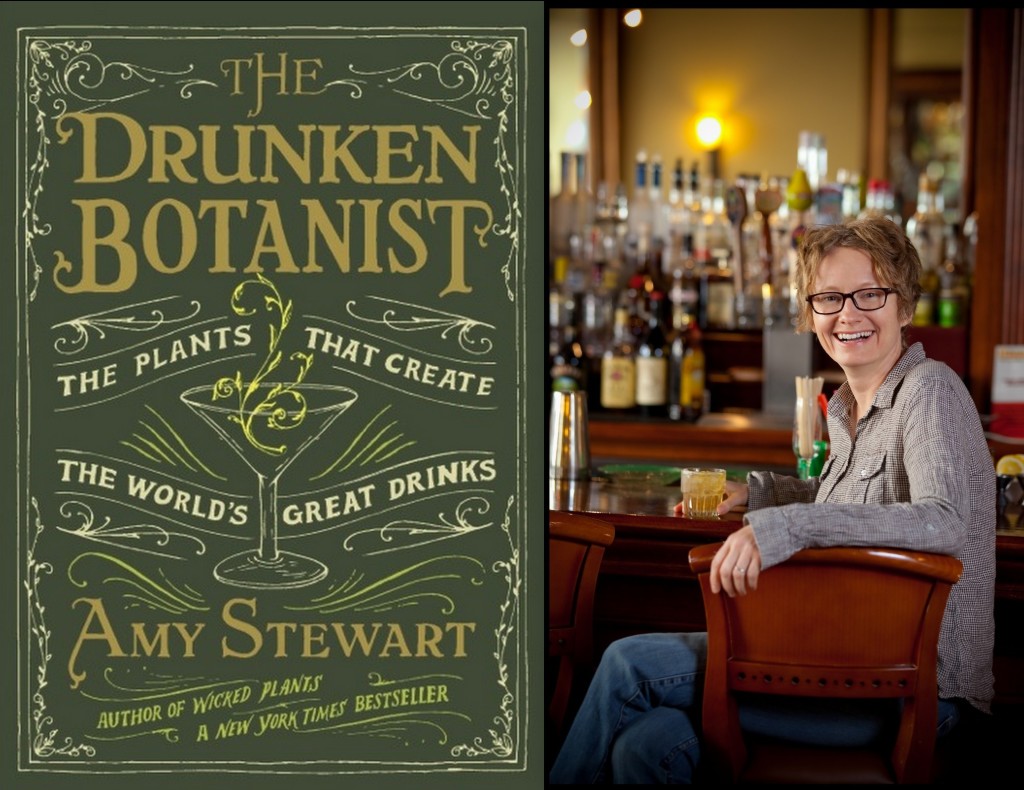 If you’d rather read about herbs and alcohol than taste them, Amy Stewart has a “hot off the press” book on the subject called, appropriately, The Drunken Botanist.  When not writing books, Stewart blogs on the popular blog Garden Rant with Susan Harris, who also blogs for Behnke’s.

And all this has me thinking about Herbs and Alcohol…

Although it sounds like a boutique brewer’s latest experiment, herbal-flavored alcoholic beverages have a long history.  Of course hops offer the bitter flavor and characteristic aroma in beer, and craft beers and ales often distinguish themselves by the amount and types of hops they use.  May Wine, from Germany and Belgium, was traditionally flavored with Sweet Woodruff, Galium odoratum.  (Apparently no longer. Wikipedia says that it is now artificially flavored because the natural, organic wholesome, traditional ingredient is, well, poisonous.  Herbs often walk a fine line between whether they are edible, medicinal or deadly so you always want to do your research.  If an herb was dried and been placed in drawers to kill fleas, it might not be the best thing to sprinkle on your pasta. Just sayin’.)  Sweet woodruff is a popular shade ground cover in our perennial sales area.

Artemisia absinthum, a perennial related to sagebrush in the Western US and to ornamentals like Artemisia ‘Silver Mound’ and ‘Powis Castle’, is the flavoring ingredient of Absinthe, which is again legal after many years as a banned beverage.  My favorites are the herbal liqueurs that were originally developed in European monasteries “for medicinal purposes.”   Similar in spirit (no pun intended) to Coca-Cola, if not in flavor, they have secret recipes handed down over centuries, the exact components of which are known to only a few.

One of the formulations of Chartreuse is a lovely green color, and the color is named after the beverage, not vice-versa.  Chartreuse itself is named after the French Carthusian order of monks  who created it in the 1740’s .  Very strong, very expensive, very complex with 130 herbs in the mix.  I was going to say something similar about another favorite, Benedictine, except that Wikipedia (Killer of Dreams) has burst my bubble and says that the story that it was developed by Benedictine monks was a wee marketing ploy. Regardless: it’s good, if a bit sweet.  Benedictine and Brandy (B&B) may be more to your taste.