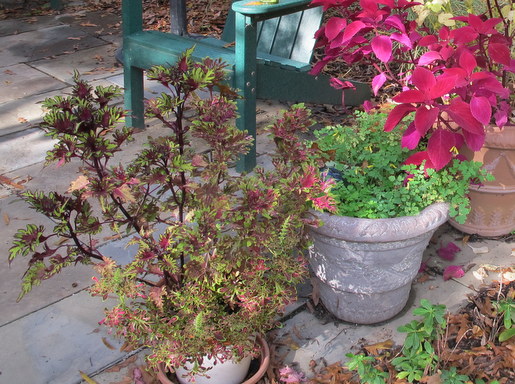 This was my coleus collection just a few weeks ago.  Three plants had become a massive, eye-catching display on my patio, a display I didn’t want to say goodbye to just because of, you know, freezing temperatures that would kill the coleus in an instant. 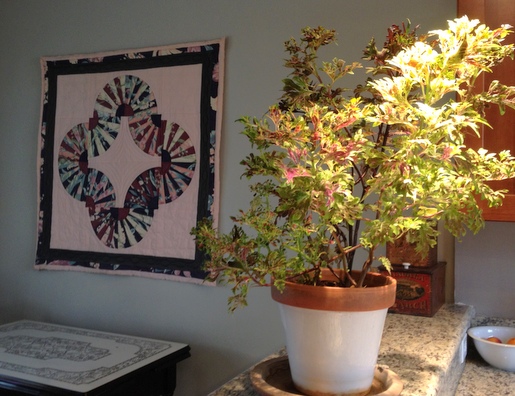 So I brought at least this relatively small potted-up coleus indoors, where it sits in a position of glory on my kitchen island and still looks good in late December.  (So far, so good.)

Gardening wisdom dictates that what I should have done, and still might do, is to take cuttings from this, my favorite coleus, to plant outdoors again next season.  And indeed, it’s apparently easy as pie to do it. (Here’s how.)  But it’s also apparent that I should have started that process in the fall, but hey, better late than ever.  Besides starting weeks ago, there are several tricks to succeeding at coleus cuttings:

Alternatively, I could try to keep this whole plant going until I can put it outdoors again next May.  Here’s what it’ll take to survive indoors as a whole plant:

If the plant starts to lose its leaves, it’s probably too dark or cold.  If it goes into flower, I’ll snip off the flowers to encourage vitality, and pinch off growing tips to encourage bushiness.

In the spring, I’ll cut it back, refresh the potting soil a bit, and voila – it’ll become huge again quite quickly. 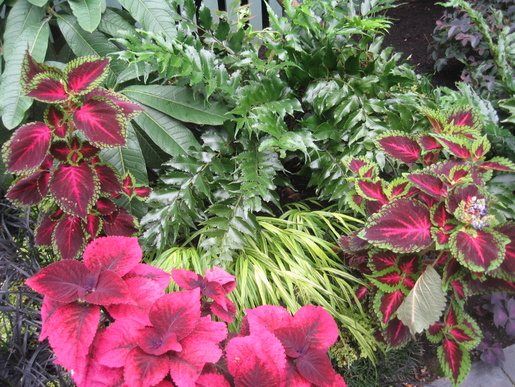 Next season I’ll be planting coleus not just in pots but IN the garden, too.  Look how great they look growing that way! 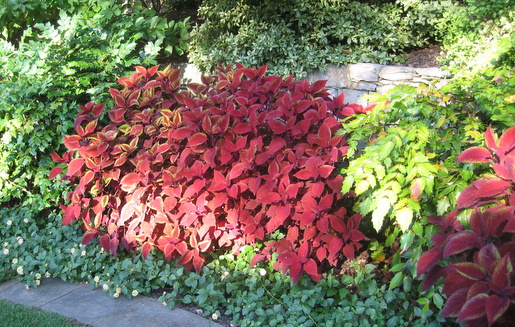