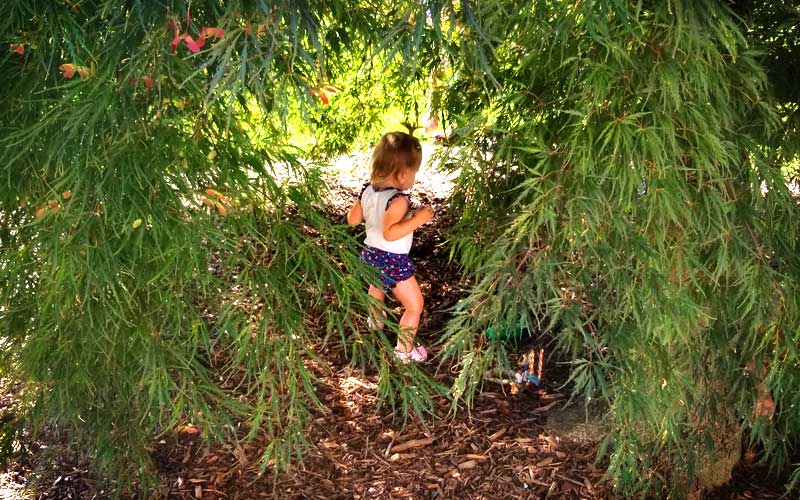 Once upon a time, in a land not too far away, grew a beautiful Japanese Split Leaf Maple. This tree grew and grew for many years and was the pride of the owners. One day, a big boy named Aaron and his little Sister Zoe were visiting their grandparents (the owners) and decided to go exploring. The grandparents were commenting on just how beautiful the Japanese Split Leaf was when they looked around and Aaron and Zoe were no longer in sight!

Worried they called and called for them but only heard giggles and whispering through the leaves of the tree. Carefully Granddad pulled aside some of the branches and he and Oma (ME!) looked inside. What they saw was amazing. A secret garden that was perfect for them to play inside. Shaded to keep the hot Summer sun off of them and large enough to swing on the branches and find treasures (bird nests, magic rock). 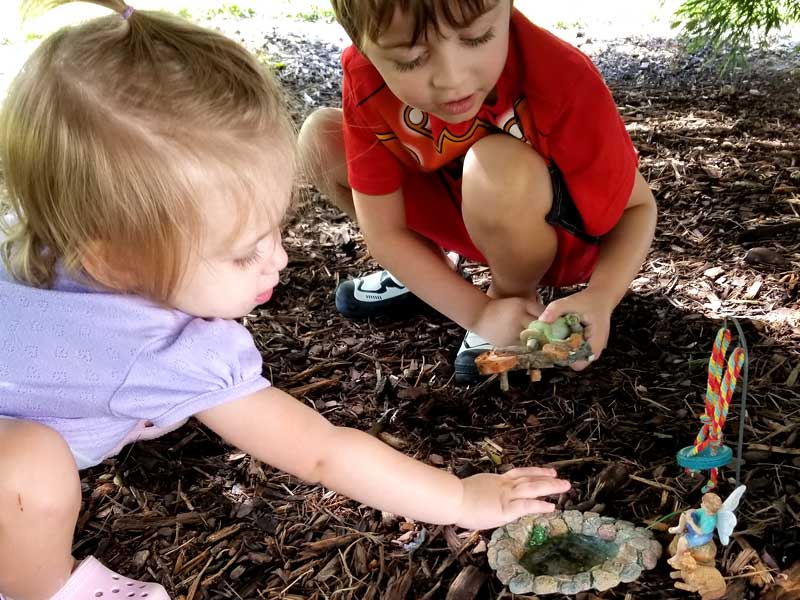 “Shh,” Aaron whispered to the grandparents as they came in, “you don’t want to scare off the fairies.” And darn if there weren’t some tiny little fairies along with a doorway leading into the trunk of the tree. At this point Aaron assured his grandparents that the soldiers he had in the house were needed to guard this secret garden and off he ran to bring them along with tank trucks, bulldozers and toys for his sister. Hours later they stumbled out of this amazing place only to return the next time they came to visit.

Do you have a secret garden in your yard? Under a tree? Or behind a bush? You never know what you might find there with your children or grandchildren.

Tractor Show In My Backyard