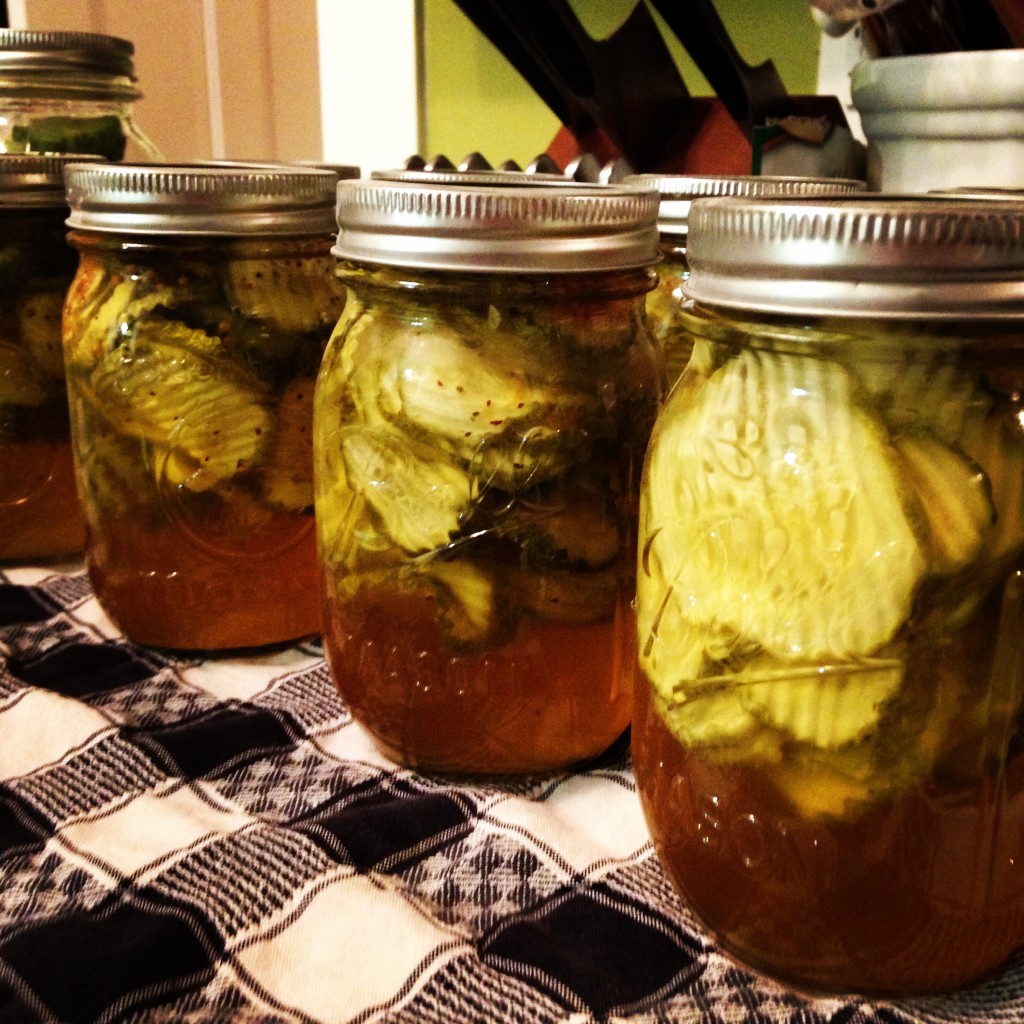 During the Summer and Fall, when garden bounty is fresh, I tend to do an equal if not greater amount of pickling versus other canning methods.  Fruit and veggies intended for jams and jellies can be prepped during the harvest and canned at a later time.  Vegetables and fruits intended for pickling should be used fresh to maintain crispness and freshness.   I lean on pickling during the summer as a quick and easy method of preserving. I find it to be easier than making jams and jellies.  It’s also a great way for a beginner to get into canning and preserving.  There are no hit or miss issues with jams not setting.  Most garden harvests are pickled by packing them fresh into hot sterilized jars and covering with a hot brine; making it simple and foolproof.

Our pickling cucumbers are really starting to produce. Last week, we picked enough by the weekend to make a decent batch of bread and butter pickles. My three year old son Grayson has recently decided he has an affinity for pickles. He was beyond excited to see nine fresh jars on the counter in the morning after my late night pickling session.  Pickles are about the only canning recipe I cheat a little bit on.  There are many methods to canning pickles and most are usually time consuming, involving several hours of brining in salt water prior to canning.  I have found a premixed pack of spices available almost anywhere canning supplies are sold. “Mrs. Wages” provides easy and inexpensive mixes that generally require only adding sugar, vinegar and water.  You can have something sealed in jars from start to finish in under an hour.

Grayson and I picked about ten pounds of beets a couple of weeks ago and had some time over the weekend to pickle them. This recipe is kids-in-the-kitchen-friendly, especially the prep work.  I fill a sink full of water and Grayson enjoys helping me scrub the beets clean.  The resulting beets are slightly spicy due to the cinnamon and cloves and a great addition to a cheese tray or ploughman’s lunch. Admittedly, my main motivation for pickling beets is the brine when the jar is empty; it makes the best beet-pickled eggs.  Just add shelled hard-boiled eggs and allow them to brine in the fridge for one week.  The brine can be reused a handful of times as well. 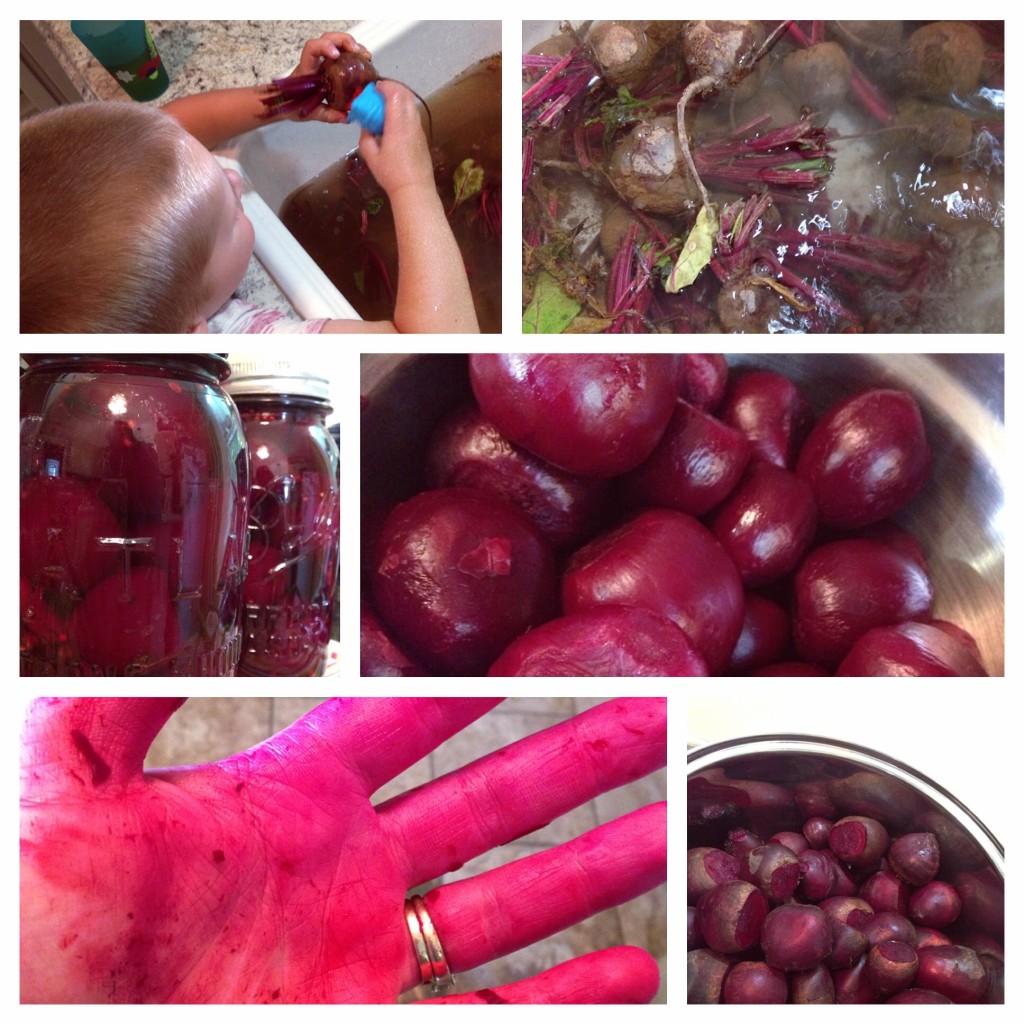 Clean beets and remove greens and root tail; do not peel beets prior to cooking them.  In large saucepan, cover beets with enough water just to cover.  Bring to boil and cook beets until fork tender; about 15-20 minutes.  Drain but reserve 2 cups of cooking liquid.  Set aside to cool until cool enough to handle.

Start preparing brine.  Combine all ingredients except cinnamon and cloves in saucepan, including reserved cooking liquid.  Bring to boil.

While brine is coming to boil, fill hot sterilized jars with beets, a few cloves and one cinnamon stick per jar.  Pour hot brine over beets, seal with lids and bands and hot water bath for 10 minutes per quart. Let sit 6-8 weeks in cool dark storage space prior to consuming.