I will be honest, I have never really been a huge fan of Halloween, even as a child. However, I was also no fool. I could certainly appreciate a night of racing door to door for free candy, even if I’ve never enjoyed being spooked and scared. But I will also say, that having my own children has certainly shed a new light on the holiday for me. Our son has been nothing short of obsessed with Halloween this year since the first of the Halloween merchandise hit the shelves in stores.  It’s the first year he’s been in tune with the holiday, asking every day for weeks if it’s time to go trick or treating. 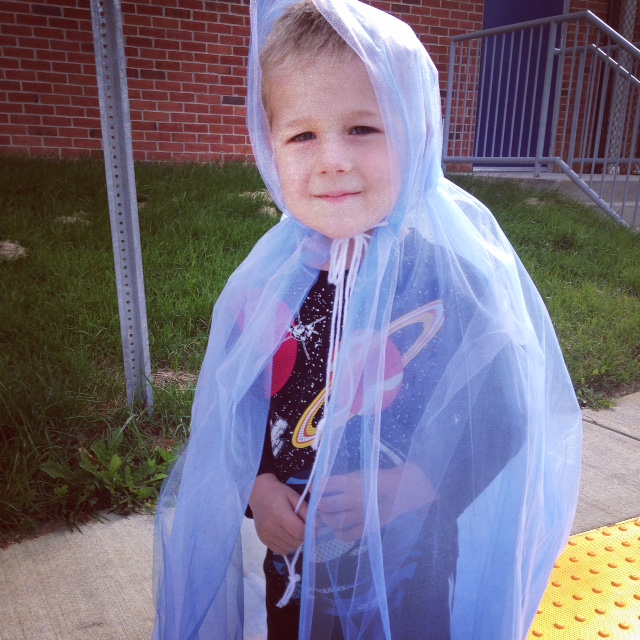 It’s also the first time he’s had an opinion about his costume. In years past, I’ve dressed him in whatever I wanted. But he had an opinion this year, and it was a strong one. He wanted to wear his Mickey Mouse high top sneakers with his beloved space shirt, while being dressed as a blue ghost and adamantly refused to let me paint anything on his face. Admittedly, not the most exciting or creative of costumes, but it was exactly what he wanted; his little eyes gleamed and his face lit up when he checked himself out in the mirror. Watching his anticipation brew over the passing months has certainly given new life to the holiday for me.

Since Halloween has now come and gone and the pumpkins were picked in September, it’s time for us to start chipping away at the pumpkin harvest before they rot. One of my favorite snacks that satisfies my salty and crunchy cravings is roasted pumpkin seeds.  And as I’ve previously mentioned, roasted veggie soups are some of my favorite hearty meals to whip up. I’ve provided a couple of recipes in the past for other versions, but felt inspired to try something a little new and different. This pregnancy brain of mine has all sorts of funky food combinations scheming away. So I tried a roasted pumpkin and apple soup that was truly delicious. And the best part: it was only a handful of ingredients. 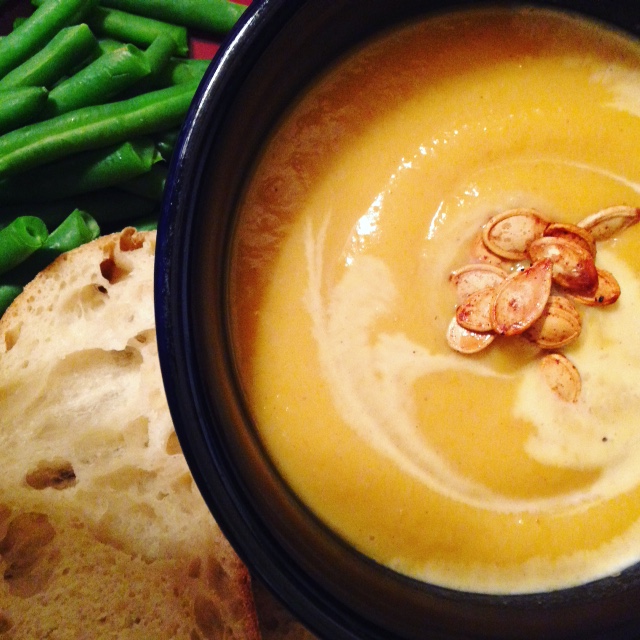 Preheat oven to 375 degrees. Roast pumpkin, covered, with a splash of water in the bottom of pan to help steam the pumpkin meat. Uncovered, roast apples and onion.  Roast all ingredients until fork tender. In large saucepan, add remaining ingredients and roasted veggies, after removing skins from pumpkin.  With stick blender, purée soup until smooth and creamy.  Can also be puréed in a food processor or blender in small batches.  Over medium-heat, bring up to temperature, but do not boil as cream will curdle. Garnish with a splash of half and half and a few roasted pumpkin seeds. Serve with some hearty bread for dipping.  Serves 6.