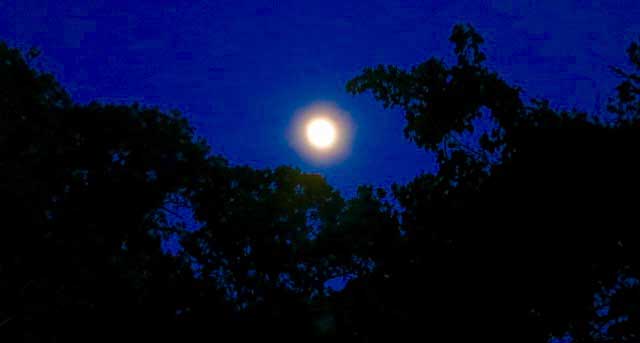 We’ve “Fallen Back” and thoughts now move forward to winter and holidays. I love this time of the year: anticipating the first measurable snowfall, beginning to “nest” and feeling that unmistakable seasonal difference every evening when the skies are clear, the air is crisp and the constellations and planets are exceptionally bright. With many trees stripped of their leaves, the night’s sky is more unobstructed than in summer months. The bright Moon beams through the windows and into our house, bouncing light off the walls and ceilings, sometimes casting an eerie glow throughout the house. On clear nights it’s easy to identify the constellations and the night’s sky can be an inspiring sight.

A Full Moon, no matter the season, is unique and for those who enjoy taking pictures, there’s a unique challenge in capturing the sight. And in full disclosure? I’m really bad at taking pictures of the Moon. I’ve come to terms with it and leave the joy of capturing The Perfect Shot to others. I’ll just admire their handiwork. I enjoy learning about the Moon and the lore behind the Full Moon’s name: “Thirteen Moons on Turtle’s Back” by Joseph Bruchac was one of my favorites to read to my twins – it’s filled with Native American lore about the Moon’s cycles and changing seasons and Eric Carle’s “Papa, please get the moon for me” – a clever, heartwarming, delightful pop-up book, was our daughter’s favorite. November’s Full Moon is referred to as the “Full Beaver Moon” because it was the time when beaver traps could be set before water froze and thus, ensured a supply of warm winter furs for colonists and the Algonquin tribes. It is also called the Frost Moon for what should be obvious reasons.

This year, however, there’s much more to November’s Full Moon no matter what you call it. On November 14th not only will there be a Full Moon, it will be a Supermoon. Moreover, it’s going to be Super-Sized because, for the first time in this century it will appear 14% bigger and 30% brighter than the average Moon. This isn’t just any “Supermoon” – this Supermoon’s elliptical orbit, on the perigee side, will be closer to Earth than the other side (the apogee side). Let’s just call it BIG. It’s the closest the Moon will get to the Earth until November 25th, 2034 so this is an opportunity not to be missed. To witness this rare lunar sight, take a look at its peak on the morning of November 14th at 8:52 a.m., giving photographers the opportunity to capture The Shot either against the drama of a night’s sky and/or during its morning peak phase. 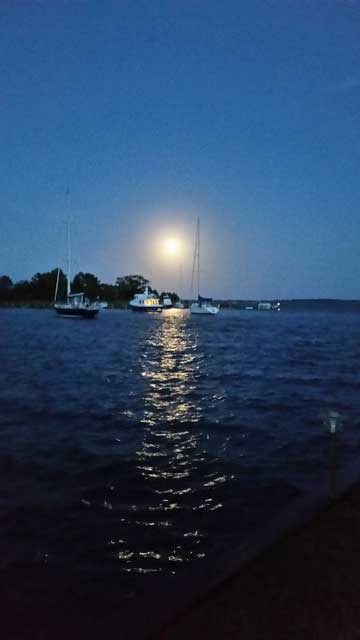 So what makes this one so unique? Here’s the layman’s interpretation of this amazing sight (apologies to all scientists): The Moon’s elliptical orbit has a perigee side which will be about 30,000 miles closer to Earth than the other side (the apogee side) and as a result, we witness a Supermoon. Said another way, the Earth/Moon/Sun lineup occurs with the perigee side of the moon facing us and the Moon is on the opposite side of Earth than the Sun. The result is a perigee-syzygy which makes it appear bigger and brighter than other Full Moons. Although there have been and will continue to be Supermoons, what makes this one so spectacular is because this Moon becomes full within two hours of perigee, making it look bigger than it has in nearly seven decades.

I expect social media will be flooded with the magnificent sights people experienced on November 14th and I must admit to having two reactions to these sometimes jaw dropping sights: First comes amazement and admiration at the skill required to capture the intensity, drama and atmosphere and the second is skepticism. With so many apps and technical programs available, I often wonder if what the photographer really saw was, indeed, the image portrayed? Was it enhanced? Were objects placed in the photo to provide drama, perspective and that “great capture” reaction? Then again, does it really matter? After all, aren’t photographs there to be admired and shared? Maybe these are rhetorical questions and perhaps they are those voiced by this amateur photographer who has yet to capture a moon image I feel adequately portrays the magnificent sight I experienced. I satisfy myself by saying that just seeing and experiencing it was enough – no need to work so hard with equipment to fully enjoy – or remember – this magnificent sight.

All the same, I can tell you honestly that when I look outside in search of this month’s Supermoon, I will be looking for the glowing orange ball in the sky and my heart will race with excitement and appreciation. Maybe I’ll try and get a few shots but in all likelihood, I won’t get a good shot – it’ll be cloudy, the view will be obstructed, my timing is going to be off . . . I could list a thousand things but the bottom line remains. It doesn’t matter. Just seeing this magnificent sight is enough and the image will be captured in my mind’s eye.

I’m not going to set up equipment at the “right” location and patiently wait for the “right moment” hoping for The Shot. What I do hope for is a view of this month’s Supermoon and it would be nice to share the wonderment with my family. That will be my memory and it’s enough. Would I like one decent shot? Of course. Should you go and look for this rare phenomena in November’s sky? Definitely. But please don’t think it’s not validated simply because you captured the image with your eye rather than a camera – it’s nature and sometimes, those moments are treasured and imprinted in our hearts, not online.

If you DO get a beautiful shot? Please share – we’re always delighted to hear from our readers and encourage your enthusiasm and engagement with nature. After all, who knows where we’ll all be when the next opportunity like this comes around in 2034?

For more information about November’s Supermoon, take a look at these (and other) sites . . .