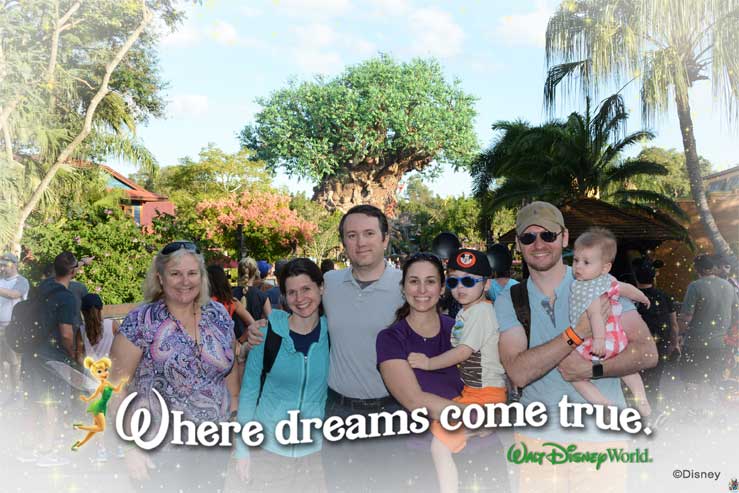 Last week I took a long-anticipated vacation to the most wonderful place in the world: Disney World! My daughter’s family, my son and his girlfriend and I flew to Florida and took the magical bus to the Polynesian Village Resort, right on the Disney property.  We had received our magical wrist bands a few weeks before and were ready for action.

First day in we of course went to the Magic Kingdom where my grandson, Aaron, discovered Buzz Lightyear’s Space Ranger ride where you fire a laser to defeat the evil Zurg. Who knew? Based on the movie Toy Story, Buzz jumps in and helps save the day. Four days later I think we rode that ride 4 or 5 times. I lost count!

The Second day we went on the adventure of all times at the Animal Kingdom. Now, we were very lucky to have with us my son’s girlfriend, Amy, who actually had worked in the park in the past and personally knew some of the cast members in the Festival of the Lion King Show.  Next thing I knew, we had VIP seating and got to interact with some of the cast. Aaron was right up there dancing with Timon. As soon as the show was over we had one more very special treat in store for us. We were asked to follow one of the cast members outside in a small secluded area where we thought maybe some of Amy’s friends would come out for a meet and greet. Well as you can see above more then some came out! You can almost see Aaron in his dad’s arms waving his hands. He has the green dinosaur face. 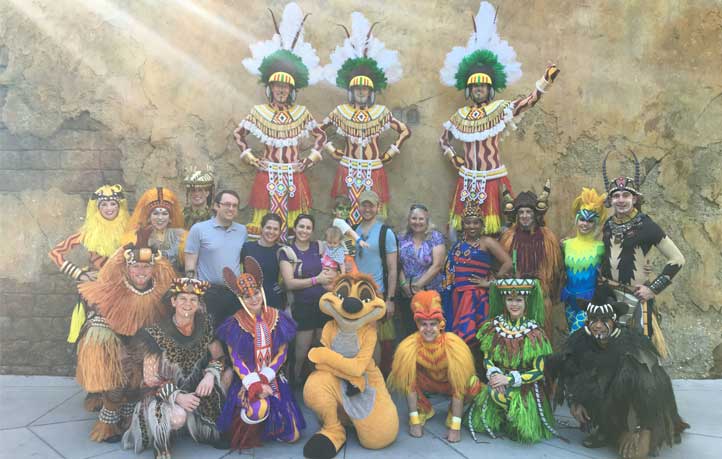 So you might be wondering how do you ever beat this? Funny you should ask…you go to Chef Mickey’s for breakfast on your last day in the park. While pretty pricey for eggs (I had the smoked salmon), they had Mickey, Minnie, Goofy and Donald entertaining all of us while we ate.  Of course there were many other great memories to be made over the 4 days we had in the park.  We did Magic Kingdom for 3 days and Animal Kingdom for 1. Due to Aaron’s age we had decided not to do the other two parks but to take our time over the 4 days and just enjoy whatever he wanted to do. We were there on Halloween and saw all the terrific decorations, and then the next day the whole park had changed to Christmas! Down to poinsettias planted in the ground.

I think Aaron said it best when asked what his favorite part of Disney was: everything!!! For me it was all about seeing Aaron’s face light up with excitement from the plane ride to the boat rides and the monorail. Every experience was new and he needed details. His dad had to explain about all sorts of new things.  I got to spend time with both of my children which made my heart happy! Oh and yes, we took the 7 month old granddaughter, Zoe with us! She loved it. She won’t remember anything but she will have pictures to enjoy! Plus, another trip when she is older might be in the plans.