But how about area gardeners?  Kathy Jentz over on the Washington Gardener blog has chronicled ways that we’re being impacted – the gardens closed, classes canceled, websites down (including the National Arboretum’s as of this morning), and the one bright spot in an otherwise sorry picture – that the annual Orchid Show and Sale of the National Capital Orchid Society, which had been held for 65 years at the National Arboretum, had found emergency alternative venue – Behnkes of Beltsville! 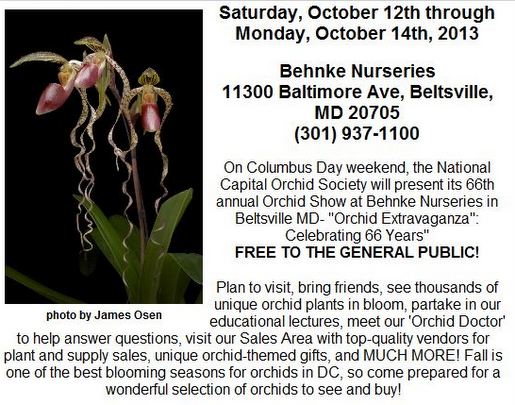 So, in a sea of local businesses being badly hurt by what’s going on, at least ONE local business will see an upturn in traffic this coming weekend and is already hearing thanks from orchid-lovers across the region.  And for most Behnkes customers, the show will now be closer, and this customer is planning to attend because after too many years thinking orchids were for other people – better, more persnickety gardeners than myself – I’ll be attending two of the talks for beginners.  On Sunday there’s “Selecting the Right Orchid for You,” which will definitely include selections for the rank beginner, and on Monday there’s “ABCs…Orchids Made Easy.”  Easy enough for me?  I’m told that yes, there are orchids for the houseplant-challenged like myself. 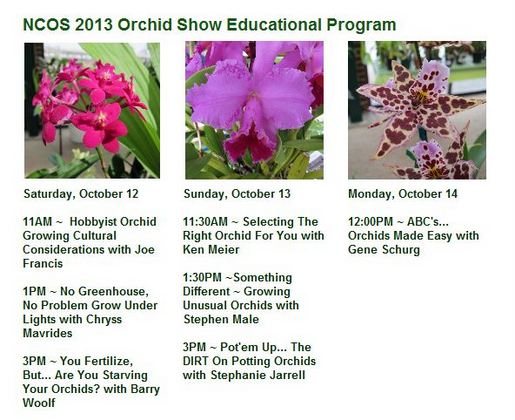 Of course I’m still sorry for the Arboretum, of which I’m a big fan and where I now volunteer.  They’ve already been hit by such a funding cut (thanks to the sequester) that they’ve been closed Tuesdays through Thursdays for months now, with no change in sight.

Okay, I’m going to stop thinking about that and go outside to plant some bulbs.  See ya at the Orchid Show!