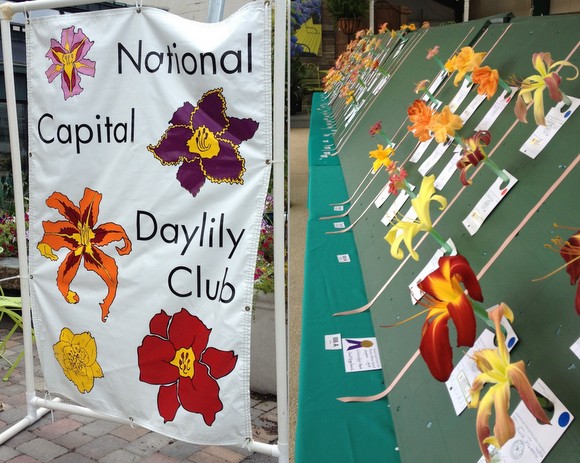 The various classes of competition included the sizes (miniature, small and large), doubles, unusual forms, spiders, designs with daylilies, and “off-scape.”  That last one refers to flowers with no stems, which means the competitors don’t have to worry about unsightly spent blooms or other grooming issues involved with whole stems.  Below are three classes of daylily flowers displayed off-scape for judging.

The State of Daylily Clubs and Shows
Nationally, membership in the American Hemerocallis Society is now about 7,500, down from over 12,000 just a few years ago.  The local National Capital Daylily Club has similarly seen a drop in membership, from over 300 to its current roster of 138 members.  The number of entrants in their annual shows has also declined over the last decade or two.

So, why is that?  It may be that gardeners are more interested in growing vegetables, or among ornamental plants they’re growing a large variety of plants rather than collecting just one.

On the Popularity of Daylilies
The plants themselves are as popular as ever, especially the heavily  marketed ‘Stella d’Oro’ and ‘Happy Returns.’  We hear less about any of the other 70,000 varieties because, as one member explained, they’re only marketed if they’re patented, and that’s a very expensive process to undertake.  But that doesn’t keep breeders from producing hundreds more every single year – a testament to how easy daylilies are to hybridize.

For today’s gardeners looking for low-maintenance, drought-tolerant, pest-free perennials that require little yet give back a lot, daylilies are a great choice.  Though nonnative, only the common orange “ditch lily” has ever exhibited invasive properties; the other 70,000+ varieties are worry-free.

The design competition displays so much inventiveness and sense of fun, we can’t resist showing off an assortment for your enjoyment. 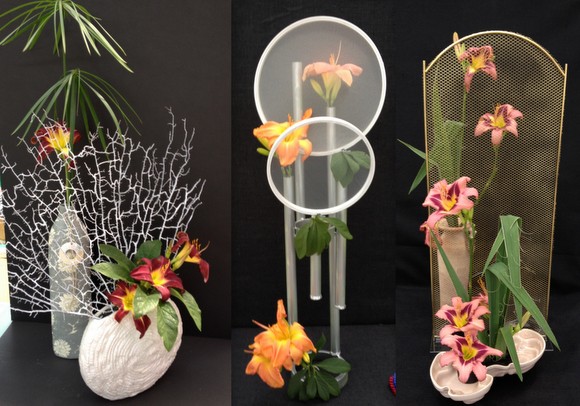 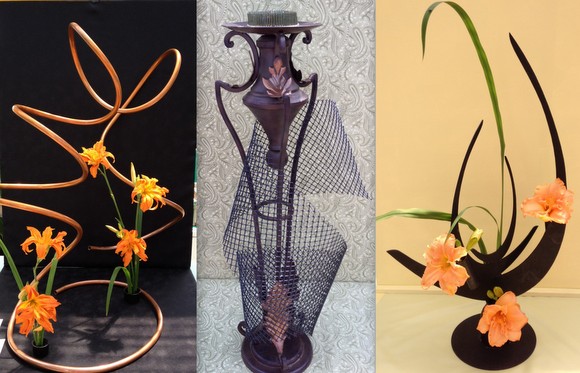 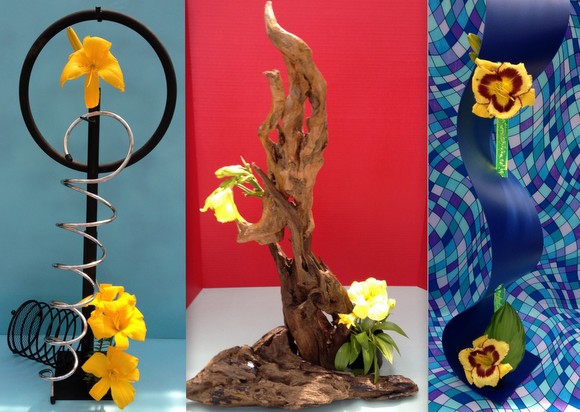