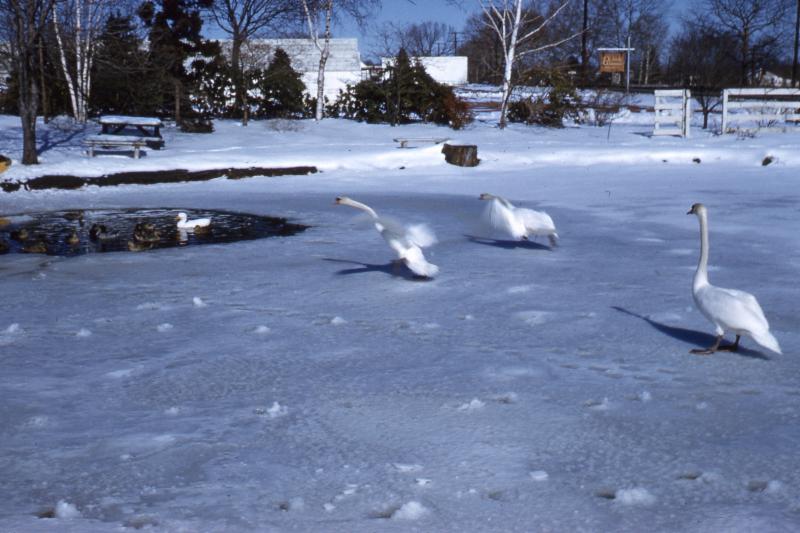 The other day I had the pleasure of sharing some memories with a customer. She told me about how she would come with her family to Behnke’s.  In the summer they had picnics after they shopped for their plants and would walk over to the ponds to see our ducks and beautiful swans. But one of her best memories was the winter day when her father brought her to the nursery and she got to help feed the swans. She told me how she watched an employee break the ice near the edge of the pond and when he saw her, told her she could toss out the cracked corn for them.  It made such a lasting impression on her as she grew up that she in turn brought her children to the nursery.

I too remember those ponds and feeding the ducks and swans. But not all my memories were wonderful. I seem to recall a major spanking I got once when some of us kids took cardboard boxes and slid down the snow bank onto the pond.  Boy was that ever fun…until my mother found out.  We never feared anything, but I have to say we never attempted to sleigh down onto that pond again. Now I know, with the ice broken for the swans and ducks, it was really not safe. We quickly learned our lesson and one of our jobs became helping to feed the ducks and swans. Such a sad day when the ponds were filled in but, as we all know, life is all about change.