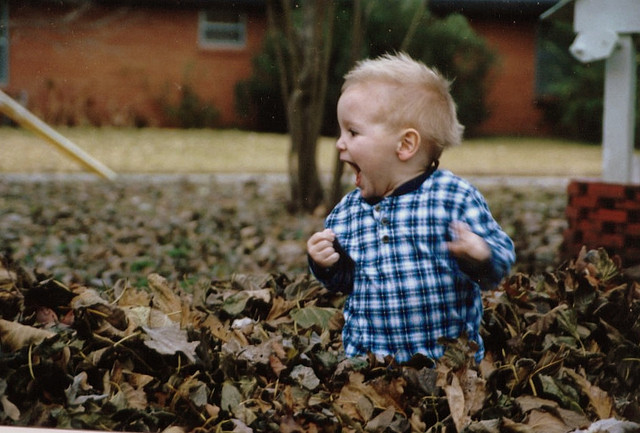 This time of year you see a lot of “eco-friendly” gardening advice about dead leaves and I wholeheartedly endorse the bottom line – that it’s crazy to send them off to the local landfill, where they take up space and waste all that organic matter.  But the next part of the advice – what to do with them instead – well, that’s where it starts to get complicated but hey, that’s gardening!  Let’s dig in.

Nobody seems to think that whole leaves should be allowed to remain on lawn because they can smother turfgrass.  Many experts suggest instead that we run over them with a lawn mower and let the chopped-up leaves stay there as a source of organic matter and some nutrients for the turfgrass.  That’s great advice and don’t worry – it won’t cause or contribute to a thatch problem.  (Thatch is usually caused by overfertilization with synthetic fertilizers).  Some brand new research proves that chopped leaves not only add organic matter and nutrients – they even suppress weeds!  Here’s the story.

In the vegetable garden

Leaves that fall on an emptied vegetable garden can be left in place and then turned under in the spring, after which they’ll decompose quickly, adding organic matter and some nutrients to the soil.

For obvious safety purposes, dead leaves should be removed early and often from surfaces people walk on.   And certainly all wood surfaces benefit from having the leaves removed to prevent rotting.

In the flower and shrub beds

What to do about leaves on and around our ornamental beds and borders is where the hot-under-the-collar arguments really take place.  (Yes, gardeners are an opinionated bunch.)  Though everyone does agree that chopped leaves are great in the beds and borders as an organic mulch, and for more about chopped-leaf mulch, check the Illinois Extension Service.)

But whole leaves?  Well, it depends – on how many leaves, what type of leaf, and which groundcovers those leaves are covering. To get personal, about 50 trees drop their leaves on my former garden, most of them large oaks, and these masses of large, whole leaves could mat down and smother my groundcovers, or at least create a barrier that would prevent rainwater from seeping through to the soil.

And oak leaves simply don’t decompose over the course of the winter, so I’d have to collect them in the spring anyway, so why not do it now?  I raked up about 80-90 percent of them in December when they’ve all fallen, and I do the fine-raking and hand-picking in the spring when I was cleaning up, mulching and generally prettying up for the new season.

But not everyone agrees about this. Syndicated columnist and Maine gardener Barbara Damrosch writes that “Most ground covers…benefit from a weed-smothering leaf mulch – once winter has matted it down a bit – and will come up happily in spring. I let leaves collect in perennial flower beds, too, removing them carefully with a narrow, springy metal rake just before spring bulbs poke up.

They can be gathered for the compost pile.”  But Barbara, how come they smother just the weeds and not the desirable plants, your groundcovers?  Could be that your groundcovers are unkillable, like English ivy and Pachysandra, while I’m talking about more delicate ones like Pulmonaria and Ajuga?

So here’s where I come down:  If you have just a few leaves, or if they’re thin like elm leaves, then they probably won’t do any harm and will decompose by spring, so go for it – if you like the look. Yes, appearance, pure aesthetics and nothing more – is another reason I remove most leaves in the fall – because I’d rather see even semi-evergreen groundcovers than brown, dead leaves.  Gardeners in colder climates may be looking at snow cover from Thanksgiving until May, so they laugh at the very notion of seeing their groundcovers over the winter.

See how many variables are at play here?  And why it drives me crazy to see gardening advice that assumes all gardens are the same!?

Compost on its way to becoming “black gold” 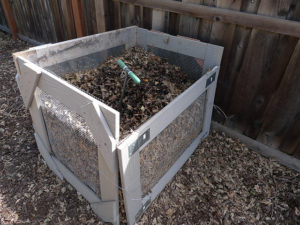 Now if you DO remove any or all of your leaves, what should you do with them?  Everyone agrees that they make for some mighty fine homemade compost, especially if you combine them with some green matter like lawn clippings for a nutritionally complete result.  But there’s disagreement about whether whole leaves compost well and here I’ll weigh in.  When I composted them I simply piled the leaves up and waited a year or more for them to decompose.  The problem is they never DO decompose completely because I never watered or turned the pile.  (Breaking all rules, I know, but turning is hard work.)  But no matter – I used the resulting so-so “compost”, containing some noticeably uncomposted chunks, in out-of-the-way spots as mulch, or to amend the soil.

But if you want to turn dead leaves into quality compost it’s much better to chop the leaves first, and I did that for a whole season a few years back. I bought a cheap filament-style shredder for about 100 bucks and ran all my leaves through it. But because it was a cheap, flimsy machine, the Weedwacker-type filament broke with every twig and acorn it encountered, every five minutes or so I had to stop and replace the filament, and the chopping process became a super headache.

If I’d spent more on a chipper-shredder the work would have gone quickly, but I judged $1,000+ to be too steep a price for faster, more uniform compost.  Of course I could have spread all the leaves on the lawn, then mowed them with a mulching mower (one with a bag to catch the cuttings) but that 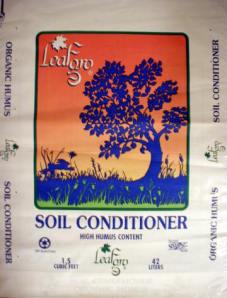 sounds to me like a whole lot of work to me.

The Rutgers Extension Service has good information about composting with dead leaves – check that link.  They offer a tip I hadn’t seen before – adding Nitrogen to the compost bin to speed up the process.

If you don’t have space for a composting operation, there are sources of free compost – Greenbelt, College Park and Takoma Park, to name a few jurisdictions.  Quality varies and if you want the really good stuff, buy the reasonably priced Leafgro product, made by Montgomery County from collected yard waste.  Can’t be beat.