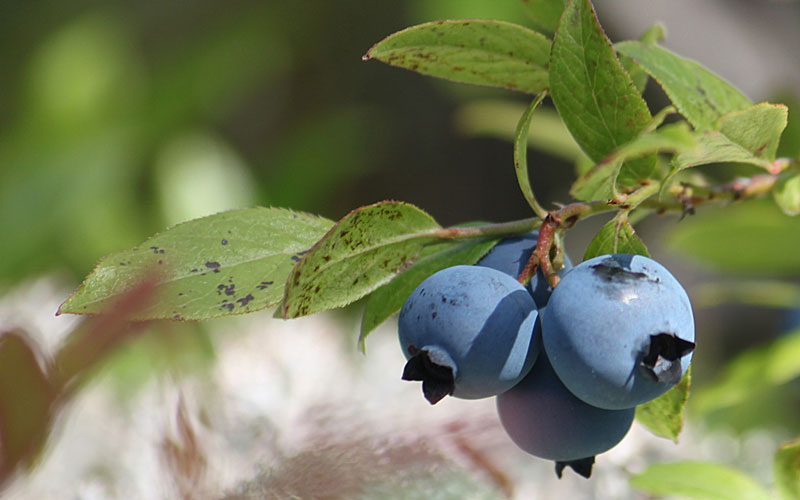 March is Women’s History Month, so we thought it appropriate to remember a few women who made strides in the area of horticulture.

Women have been contributing in the garden since the first seeds were purposely planted, tending family gardens and becoming quiet experts in the field of edibles and medicinals. Unfortunately, most of their history was not recorded because of their social status, that is, until the women’s movements in the 19th century paved the way for education and recognition. And so this first week in March we would like to shine a spotlight on Elizabeth Coleman White (October 5, 1871 – November 11, 1954) who collaborated with Frederick Vernon Coville to develop and commercialize the nation’s first cultivated blueberry.

Elizabeth Coleman White grew up in New Jersey on her parent’s cranberry farm, “Whitesbog.” She graduated from Friends’ Central School in Philadelphia, Pennsylvania in 1887, then went to Drexel University taking a basic girl’s curriculum (first aid, photography, dressmaking, and millinery) during the winter months and worked on the family farm the rest of the year helping to supervise cranberry pickers. This practical experience on the farm became her greatest asset teaching her not only about cranberries but the other native plants in the New Jersey Pine Barrens which included the American holly and, of course, blueberries.

In the early 20th century blueberries were thought of as impossible to grow as a production crop. The farmers who tried, failed to keep the plants alive. Then in 1911 Elizabeth read a bulletin written for the U.S. Department of Agriculture by Frederick Coville citing his work on blueberry propagation. He had discovered that blueberries needed acidic soil in order to survive outside of their native habitats and that blueberries did not self-pollinate. He had discovered how to grow the plants but still needed the right plants to propagate since the fruits of wild blueberry plants were notoriously unreliable in flavor and size. Excited about the possibilities of farming blueberries, Elizabeth invited Coville to Whitesbog. Together they hatched a plan. She used her extensive knowledge of the area along with that of her neighbors to compose extensive notes about the wild blueberry patches. She would pass this information along with only the best plants to Coville for propagation and cross-pollination. Together in 1916, they had the nation’s first commercial crop of blueberries. Elizabeth even came up with the idea of putting cellophane on top of the blueberry cartons to make them more appealing to look at.

Among her accomplishments, Elizabeth Coleman White founded the New Jersey Blueberry Cooperative Association in 1927, become the first woman president of the American Cranberry Association in 1929, and received a citation from the New Jersey Department of Agriculture in 1932. Always interested in native plants, she landscaped her home which she named Suningive with native Pine Barrens plants and often spoke about them, inviting many people to see her gardens. She even founded a nursery called Holly Haven, Inc. and was active in rescuing the American holly (ilex opaca) from obscurity. In 1947 she became one of the founding members of the Holly Society of America.