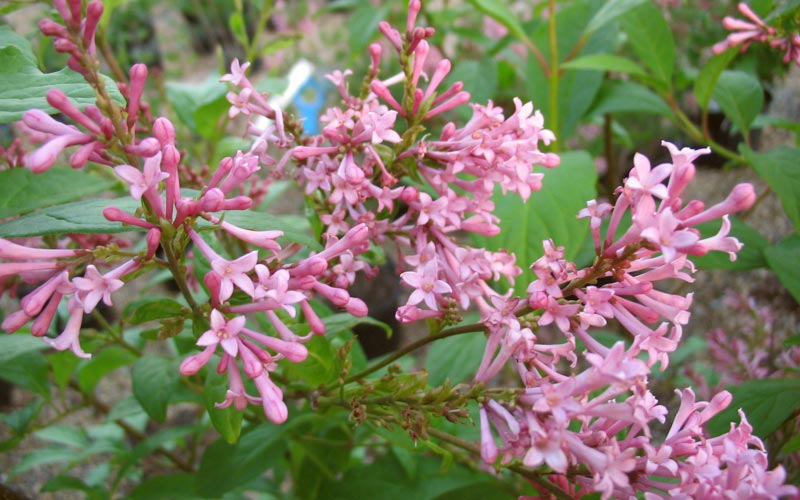 The next woman we would like to highlight in the field of horticulture during Women’s History Month is Isabella Preston (September 3, 1881-January 31, 1965).

For you lilac lovers out there the name “Preston” may ring a bell, as she was the one responsible for the ever popular Preston Series of Lilacs (Syringa prestoniae). However, Isabella has contributed that and so much more! She was born in Lancaster, England in 1881, where she exhibited a love of gardening from an early age. In her youth she attended a boarding school in Liverpool and later studied at the University of London, but the real turning point came when she trained at Swanley Horticulture College in Kent. She had found her passion. In 1912 at the age of 31 she left her home and emigrated to Canada to enroll at the Ontario Agricultural College where she studied plant breeding. Isabella was one of the first women to pursue this line of work, and, after completing her studies, she went to work for the Central Experimental Farm in Ottawa, Ontario, Canada where she quietly challenged gender bias and set the stage for new generations of breeding programs.

During her 26-year career, Isabella Preston, renowned for her achievements in plant hybridization and extensive work in ornamental plant breeding, produced nearly 200 new hardy hybrids of lily, lilac, crab apple, iris, and rose plants for Canada’s cold climate. She was the first professional woman hybridist in Canada and was co-organizer of the North American Lily Society. Among her many achievements are: