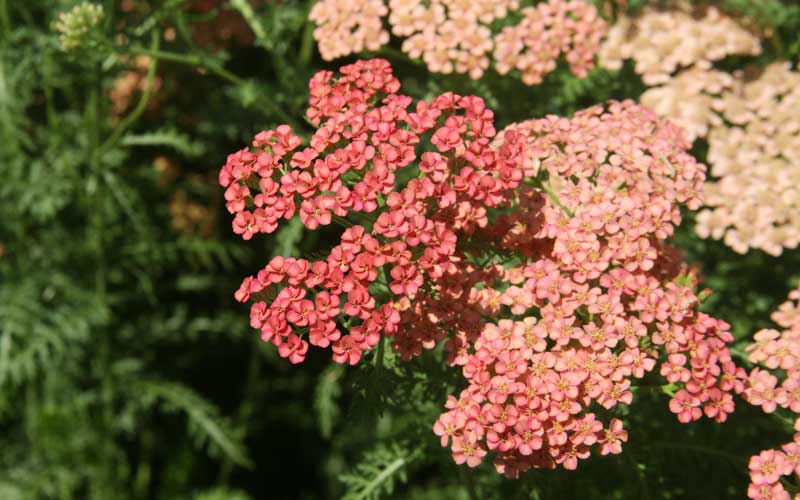 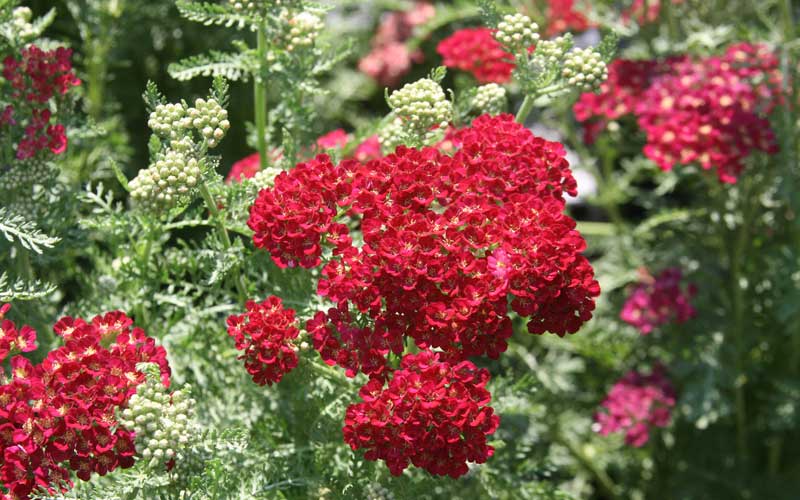 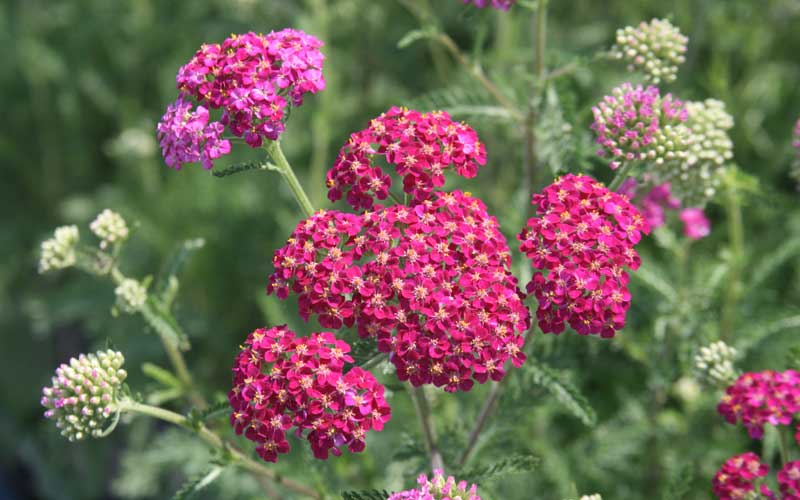 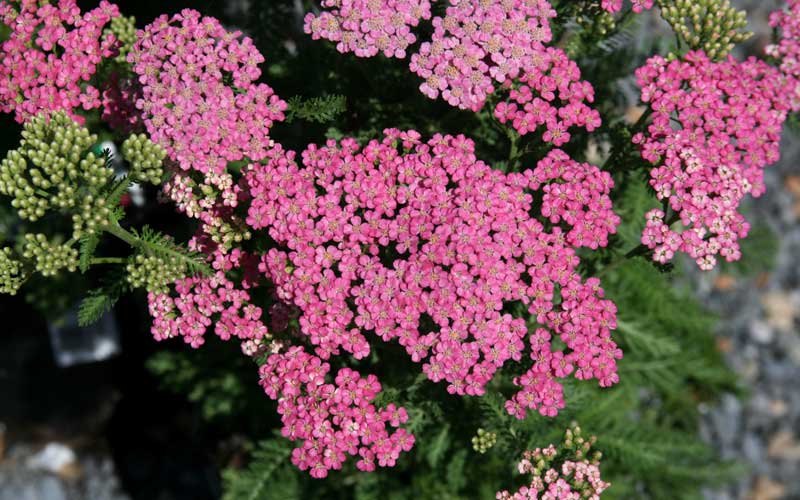 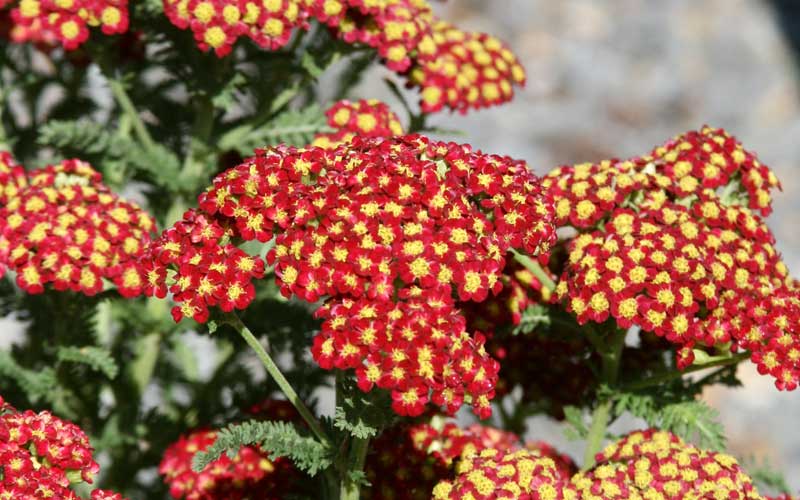 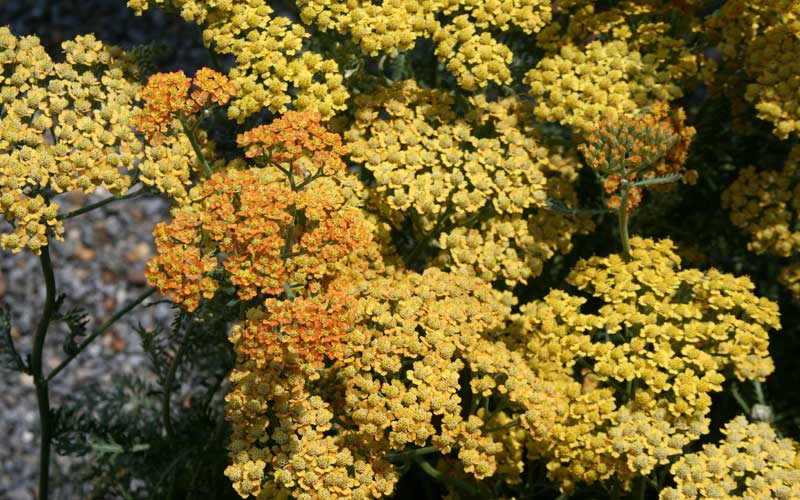 Achillea millefolium, commonly called Yarrow, is a standard in perennial gardening.  The unimproved wild form of yarrow is found throughout much of the United States, growing along the side of the road,  in meadows, waste areas…pretty much like you would expect a weed to grow, which, it is.  Of European origin, its introduction to our shores dates to colonial times.  The small white flowers are borne in a broad, slightly rounded, more or less circular head, several inches across.  There are also some other species that are also favored by gardeners, some with beautiful heads of yellow or gold flowers. All of the achilleas make good cut flowers, and are attractive to bees and butterflies.

As with many other groups of ornamental perennials there are a number of varieties to choose from, with more coming every year as plant breeders release new and improved selections.  Busy as little bees, they hybridize promising plants and the results have been a rainbow of warm-tone colors.  Deep reds, red-purple, shades of pinks, salmon and terra cotta all vie for your attention.  As new varieties replace old, you will find the following improvements in addition to the color range: 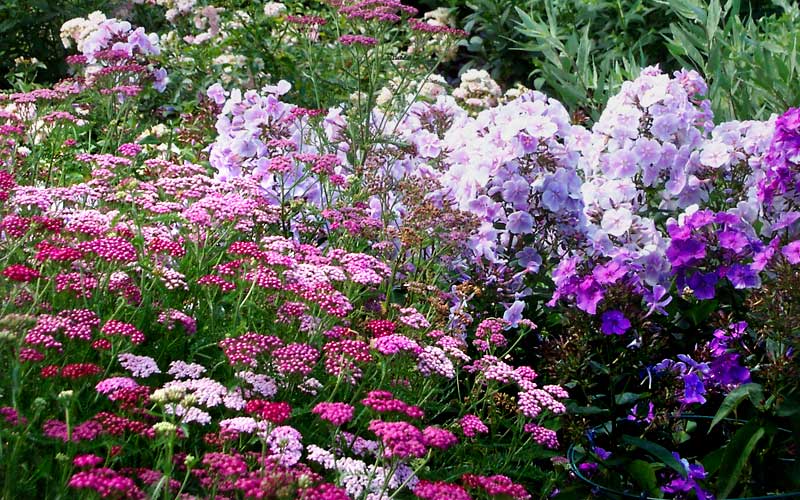 How are they best grown?  In full sun, all day long if you have it.  They need soil that drains well, especially in the winter: once rooted out into the ground, they tolerate drying out a lot better than staying wet. As with many perennials that prefer drier, well-drained soil, they repay the kindness of frequent water and fertilizer with soft growth—becoming taller than they should with weaker stems that flop over.  Best to grow them lean and mean, watering during dry spells and feeding with an organic like Plant-tone.

When you buy your plant [especially in late spring/early-to-mid summer], you may find that it is on the pot-bound side, with roots circling the inside of the pot: they grow quickly at the nursery.  If so, break up the soil ball and spread the roots out into the hole as you plant. If you have done this, the plant will probably wilt for the first few days after planting but will recover if you are checking for water needs each day for the first few days.

Achillea is considered a low-maintenance plant, so once established you should have few problems. After a couple of years, you may find that the center of the clump has died out and the plant is more vigorous at the edges.  In early spring, when the foliage is still just a few inches tall, dig out some clumps of the vigorously growing part, dig out and discard the center, and replant the nice ones you just removed.  You’ll be all set for several more years , then repeat.