“Less Lawn” is the shorthand for a new trend in gardening that started in the arid West and is coming East, fast.  (Lord knows the Lawn Reform Coalition is doing everything it can to spread the word.)

And one of the most promising groups of plants to create lawn-like sweeps of short plants that can replace turfgrass is the genus Carex.   Carexes are plants commonly thought to be grasses – because they look like ornamental grasses – but technically they’re sedges, not grasses.  (And don’t ask me the botanical difference between grasses and sedges.)

I’ve been growing Carexes for 25 or so years and made sure I thought some with me when I moved because they’re such a help in filling in a new garden. 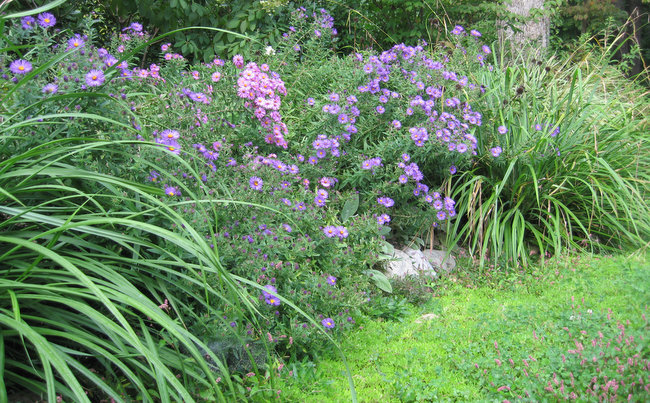 Above, two of the larger Carexes help fill in a sunny border in my former garden.

But look how well they do (above) in the shade of a deck.  I also used them in my full-shade woodland garden.  They don’t spread, but establish larger and larger clumps that can be divided many times, as I’ve done over the years. 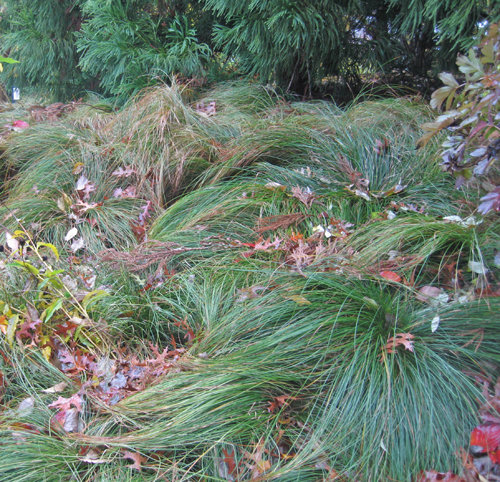 Most Carexes stay nice and low, like Liriope.  Above is Carex morrowii at the Scott Arboretum, where it’s being used as a groundcover on a shady slope in the fall.  It’s also happy in full sun and best of 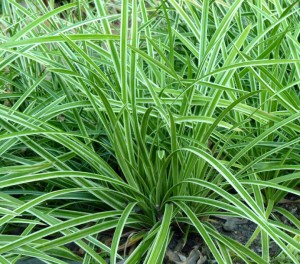 all,  it’s evergreen!  On the right is a variegated version of Carex morrowii that I’ve grown for years, also.

So for shady spots where turfgrass struggles to survive, try Carex.  Options include Carex pensylvanica (Pennsylvania Sedge) that’s native to our region.

One limiting factor to using Carexes instead of turfgrass is that they can’t take foot traffic, so put them where they won’t be walked on OR just create a foot path through them.

Below is are just two of the Carexes on offer in the Perennials Department of our Beltsville location. 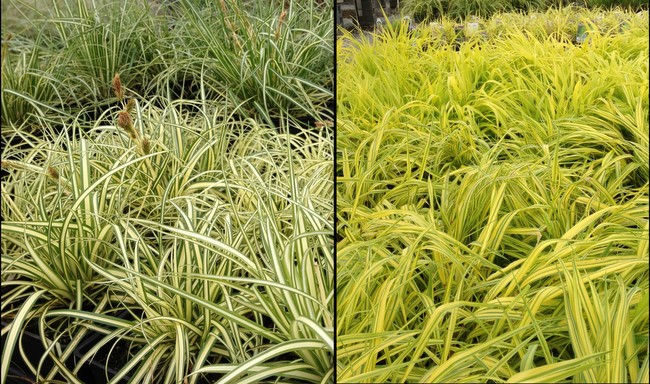