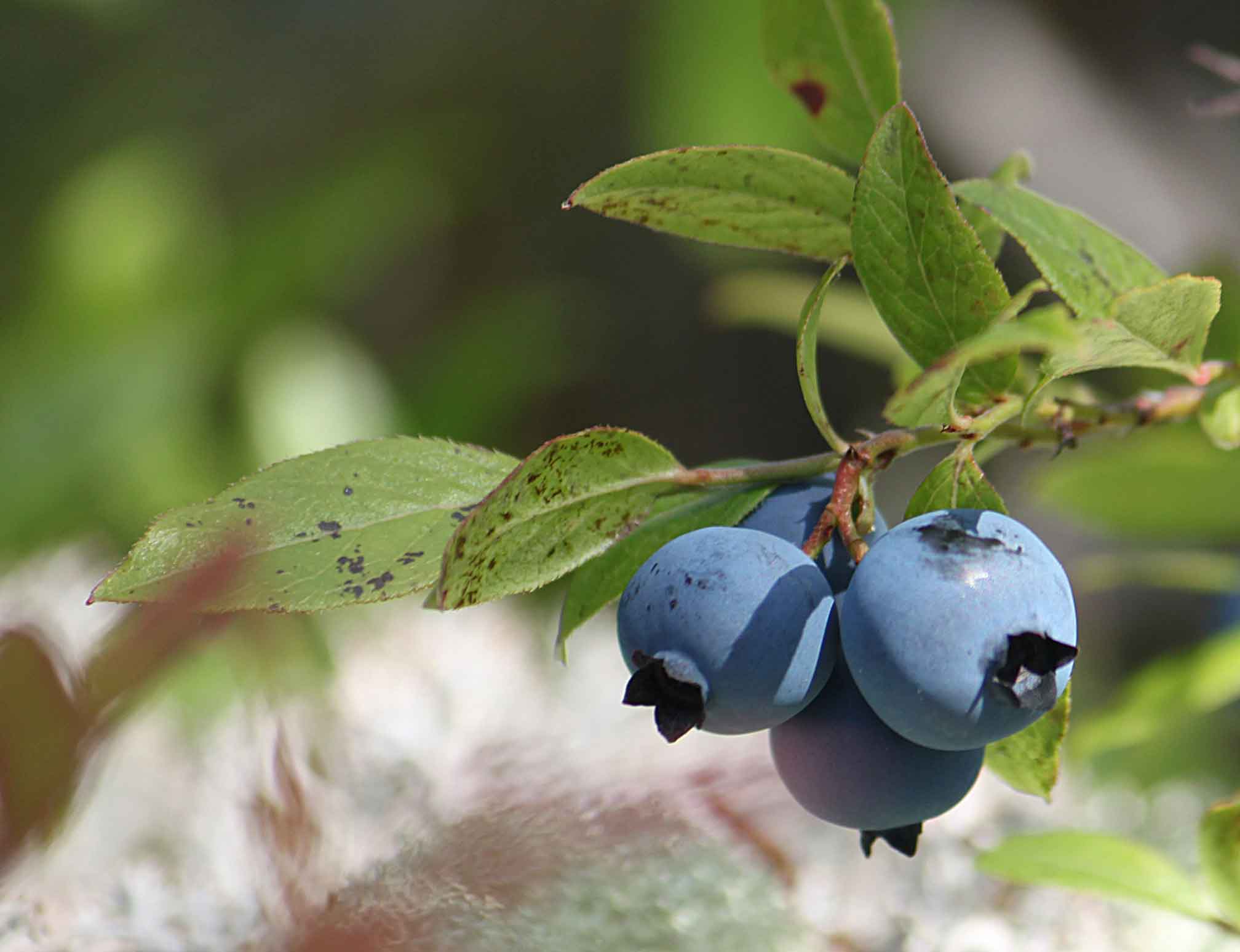 Blueberries: Heavenly Taste & Good For You

I was never a big fruit eater as a child, but as my tastes have matured (well…mostly), I’ve come to appreciate a much wider array of fruits and vegetables. Nowadays, blueberries are on my top-five list of favorite fruits. Have you ever had a blueberry flapjack made from scratch? Heavenly! Blueberries have a lot of positive traits that are sometimes overlooked. I’m not talking about the berries themselves – food science always seems to be updating us on their health benefits – but the rest of the plant deserves more accolades.

White flowers have started to appear now on many blueberry shrubs, and later this autumn, the leaves will take on brilliant shades of red and orange. I’ve seen several varieties also sport respectable stem colors in winter, too, not unlike a red-twig dogwood. Two common species used for fruit harvest grow well here and are native to this part of the country – Highbush and Lowbush. As their names imply, they grow to different heights (4-6’ and 1-2’, respectively), and their berry sizes correlate too with the tinier berries produced by the Lowbush types. Hybrids between the two are on the market, too, which grow to a size between their parents for those with smaller garden spaces. If you’re tight on space or want to try blueberries in containers, try the Brazelberry series, too, as they were bred to produce shorter, more compact plants.

Keeping blueberries happy isn’t too challenging; not many ailments bother them, and their soil preferences, while different from other shrubs, are not hard to provide. In the wild, blueberries thrive in conditions that include moist soil with good drainage and sunlight for at least half of the day. I have seen Lowbush blueberries along hiking trails in more wooded conditions, where they appear to prosper, but they rarely have fruit and don’t always seem to flower, either.

Plants I pass by in sunnier spots always have the best fall color and flower every year. Soil should be pretty acidic to keep them well-nourished, which means either adding peat moss to container mixes or sulfur to in-ground beds (after a pH test first). Some growers recommend that they get their nitrogen from ammonium nitrate fertilizer, but that can be hard to come by. In either case, make sure that they never get limed and, if they’ve aged and some branches aren’t producing well anymore, they can be selectively pruned down to encourage younger growth that will resume producing good crops of fruit.

Deer can be interested in blueberries, so if they’re a big problem (or if birds steal all your fruit), you’ll need to secure them with barrier netting, which is thankfully not that obtrusive at a distance because of its fine-woven nature. And speaking of fruit, to get the best fruiting potential out of your shrubs, varieties should be mixed to ensure good cross-pollination. You’ll see some varieties marketed as “self-pollinating,” which is technically true for all blueberries. However, they still will fruit much better if you can give them at least one partner of a different variety. In browsing the blueberry selections, you’ll notice that there are different ripening times.

By mixing early-ripeners with mid- or late-season ripeners, you can extend the harvest season by several weeks.  (We’ve organized our blueberry tables by ripening season – very early down to very late – but we have so many mid-season types that they spill over onto additional tables.) Unlike fruiting trees, which benefit from having their young crops removed for the first couple of years in the ground (to save their resources for better establishment), you can let blueberries and other berry-cropping shrubs fruit right away, since they establish pretty quickly and won’t over-tax themselves in ripening fruit.

What To Grow Near Your Blueberries

What can you grow near blueberries? I like the look of fruiting plants mixed with other ornamental plants, but if you’re worried about the higher acidity that blueberries prosper in bothering their neighbors, try relatives of the blueberry or other acid-lovers (which include a lot of our woodland natives). A far as shrubs go, in part shade dwarf Rhododendrons, Azaleas, Pieris, Gardenia, and dwarf Hydrangea would be happy companions; in more sun, there are more options, but perennials like dwarf Beebalm and Moss Phlox would look lovely.