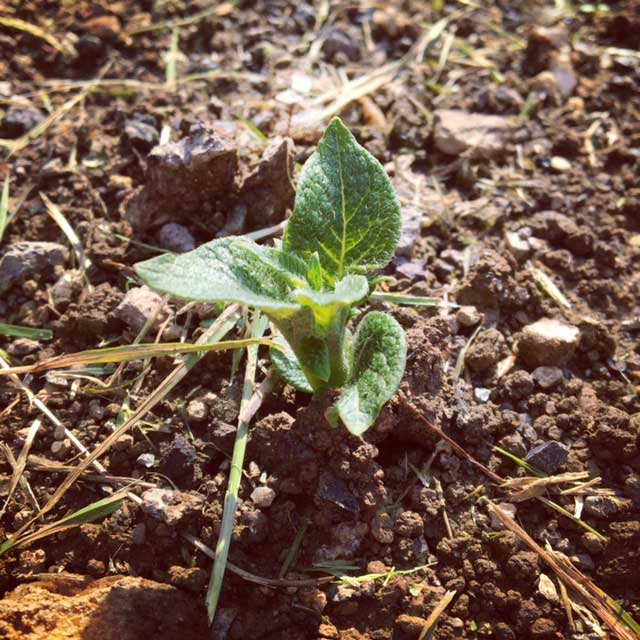 In true Maryland fashion, we have begun the season with an unpredictable and odd mix of weather.  As if anyone needs reminding, it’s been a cool and rainy start to Spring.  Which is ironic for me, since this season, I got my act together more quickly than any other year I can recall.  I vowed to get my seedlings sown the first week of April and actually accomplished that.  And I got my peas and beans and potatoes in the ground on time.  I have never in my adult life grown peas or beans, because I never have the ground ready in time.

But here we are, weeks later and things are only just starting to germinate.  I had thought about tipping most of the seed starting pots out, assuming the seeds had rotted from weeks of regular watering and no growth.  However, low and behold, stuff started popping in the greenhouse with that very small heat wave we had at the beginning of May.  So, if you haven’t started your Summer garden seeds yet, there’s still time.  We’re also trying something new this year with our seedlings too.  For Mother’s Day, my husband bought me a grow lamp for seed starting.  We moved several trays of tomatoes, peppers and assorted veggies into the basement under the lamp, and they already look tremendously better. 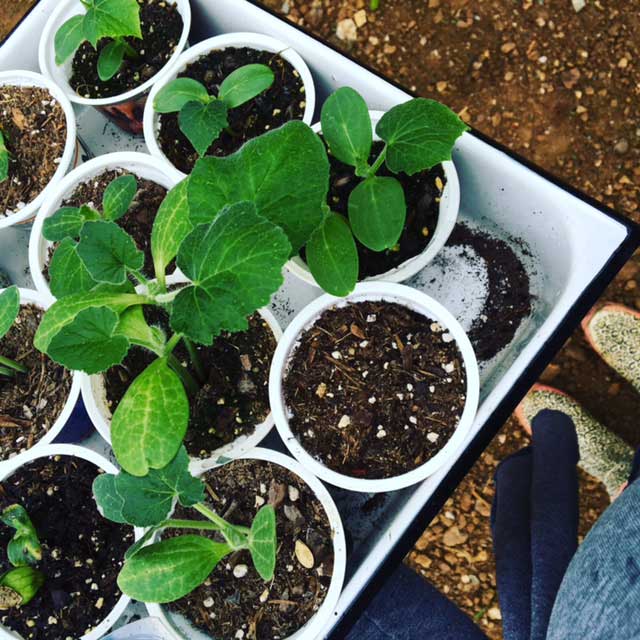 squash, from seed, ready to be transplanted

With the last frost date behind us now, I’ve started transplanting seedlings, primarily summer squashes, and the few nursery-bought plants into the garden.  I’m hoping I’m doing my part to encourage Spring to fully arrive.  At this point, I’ve been saving several crops to direct sow into the soil, rather than try to start ahead of time in the greenhouse.  This weekend, I planted corn, which is a family first for us.  I have absolutely no experience with this crop so I only planted seven short rows, three separate varieties, to give them a go.  I would have to say, I am probably most excited about this, given it works out.  There’s nothing more quintessential Summer than corn on the cob. I can already taste homegrown corn on the cob, fresh off our smoker.  But now I’m getting ahead of myself. 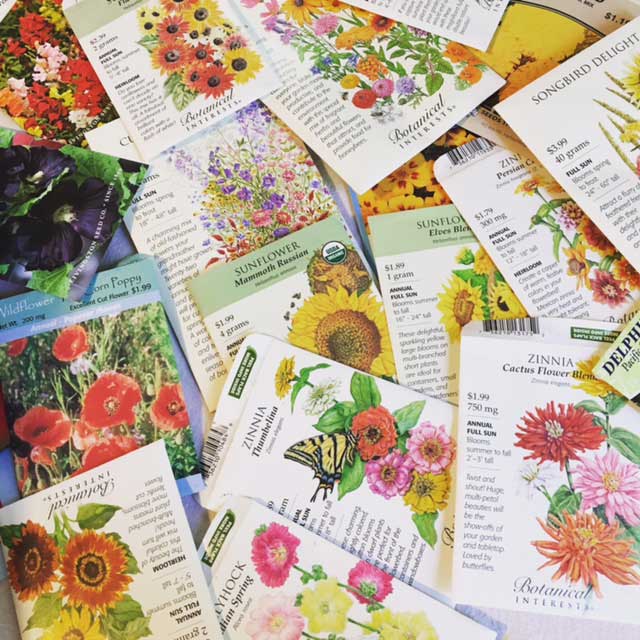 And I’ve kept and planted the wildflower garden again this year.  I am using half of last year’s wedding garden for wildflowers this season.  The other half will be split between a large herb garden and the remainder of my veggies.  I fell in love last year with wildflower gardening.  It was so refreshing to have beautiful and colorful flowers inside all Summer.  And they acted as an excellent pollinator patch for the vegetable garden, as they are in close proximity.  I’ve recommended this brand before, but I tried a lot of different seeds and flowers for the wedding flowers, and all else paled in comparison to Botanical Interest’s wildflowers.  They also prepare larger seed packets filled with various types of mixes.  Their germination was fantastic. But mostly, the variety and quality of the flowers that came up was gorgeous.  A lot even seeded and returned this year.  I was also able to dig and transplant some of the perennials to other parts of our property. 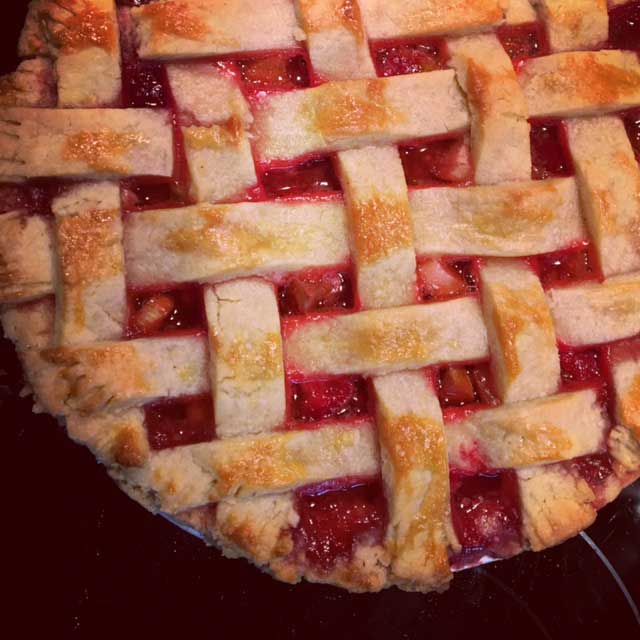 While most fruits and veggies are still just coming around, one of my favorites is already available to harvest.  Rhubarb is in season now and it’s become one of my favorite but under-recognized vegetables.  And not only that, but strawberry season is upon us.  So here’s my recipe for Strawberry Rhubarb Pie with homemade crust.  We had one for Mother’s Day with frozen berries from last season.

In Large mixing bowl, gently combine all ingredients until well incorporated and coated.

Preheat Oven to 375 degrees.  In food processor, pulse all crust ingredients, gradually adding ice water until dough can be formed into a ball.  Roll out on a smooth, cool, floured surface.  Line pie pan with dough.  I prefer a deep dish pie pan if possible.  Fill crust with filling.  Make second crust and top pie.  Crimp and seal edges of crust together.  Brush with egg wash.  Bake for 45-55 minutes until crust is golden and crisp.