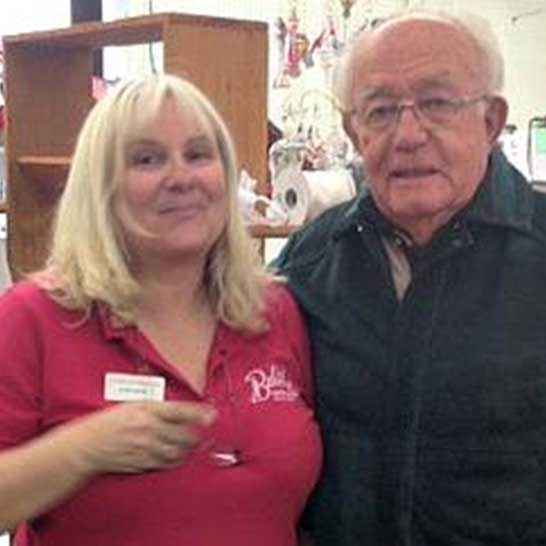 Christmas Eve at Behnke’s tends to be a little hectic in our Christmas Shop. There I was, helping a customer decide just what to get as a gift when someone said to me, “I think those folks over there know you.” I looked up, and I think maybe I screamed! LEO!! Oh my, it had been over 25 years since I saw this man.

Leo Bicknese was one of my ‘dads!’  Growing up as a girl without a father during a time when there were very few divorces, I can tell you I never felt it at all. From the time my mother moved us back to the nursery when I was only a year old, I had 5 very important male influences in my life. Leo was one of them along with Helmut Jaehnigen, Ira DeGourse and, of course, my grandfather, Albert Behnke and my Uncle Roland Behnke.  Our house at the nursery had a basement apartment where men from Germany and Holland who came to work for my grandparents lived. For a time Leo and Helmut both lived down there as did many others over the years. I was the lucky one.

Christmas Eve was Leo’s birthday and he and his family stopped in to say “hello.” I had lost track over the years, but knew that he retired to Arizona.  Apparently he is quite the bridge player there.  For those of you that never knew Leo, he was our Vice President and head grower for the garden center. He was responsible for growing our beautiful annuals, mums and poinsettias along with so much more.  As one of the officers of the nursery, Leo was an important part of the success of the nursery from the 1960’s on. 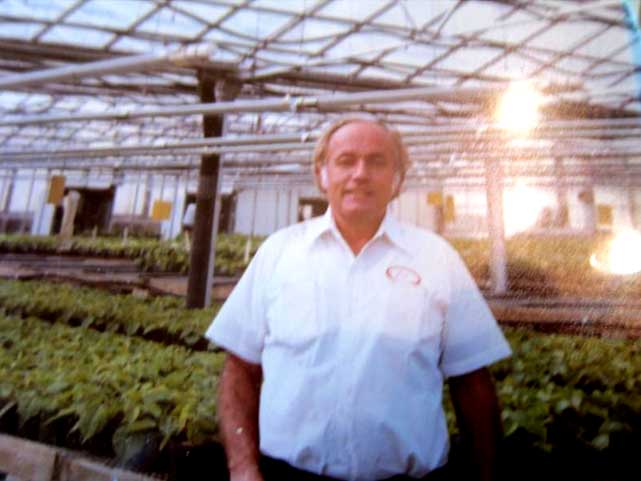 Leo and his poinsettia crop, back in the ’80’s

It was so nice seeing him again and finding out that at 80 plus years, he is still the same wonderful man he was when I was growing up.

Leo mentioned that he was not sure it was me (the years will do that), but I knew him right away. He said he hadn’t seen anyone he knew but we changed that and had a mini reunion right there! Before he knew it we had a crowd of friends around him laughing and chatting and exchanging emails and, of all things, facebook contacts. Who would have thought that he has been on social media all these years! I can’t wait until he stops in again!