With a brand new-to-me garden to fill up,  I need plant ideas, especially shade-loving perennials, so where better to look than the garden of our perennials specialist Larry Hurley?  So I paid a visit to his Bethesda garden this past weekend and saw lots to love, and learned a thing or two. 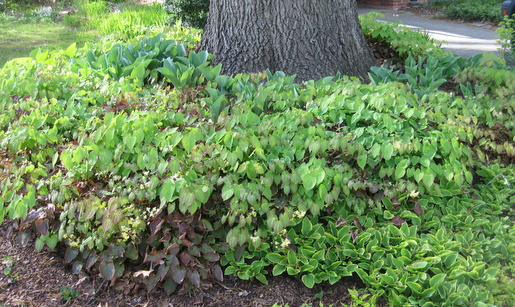 Around a large tree in the front yard, sweeps of epimediums and hostas sure look better than mulch, and more interesting than the common groundcovers for shade (I’m looking at you, ivy and pachysandra). 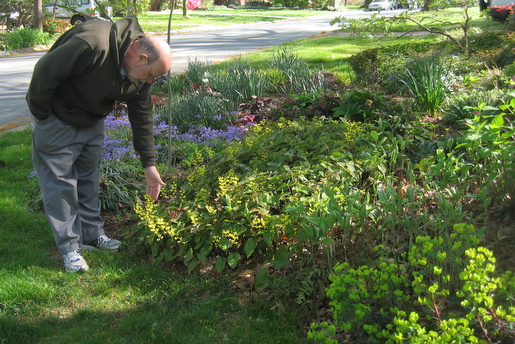 Above, Larry can’t keep his hands off those Epimediums.  On the right in this photo is a big favorite of mine – Euphorbia amygdaloides or Wood Spurge.  It’s evergreen! 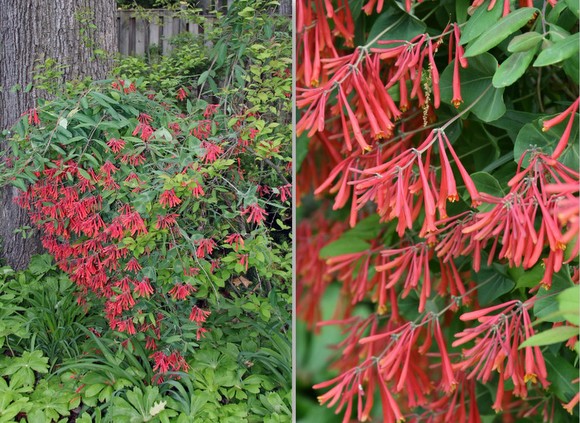 In all its glory is the stunning native vine Lonicera sempervirens ‘Cedar Lane’. 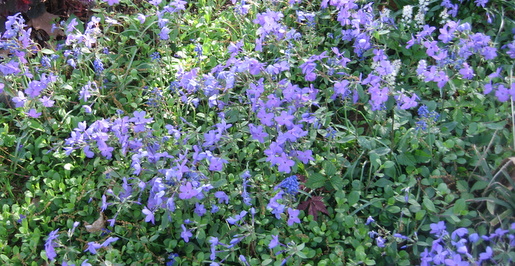 Above, another gorgeous native plant – Phlox stolonifera ‘Sherwood Purple’.  It does well in both moist and dry shade. 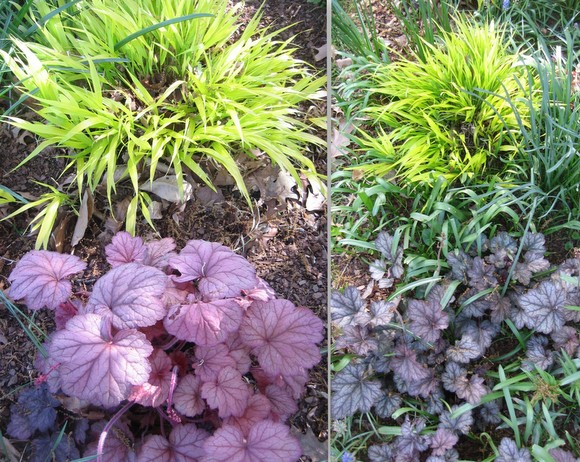 Above, two of Larry’s many varieties of Heuchera, both paired to great effect with Hakonechloa (also known as Japanese forest grass).  Larry prefers the Heuchera villosas because they’re so long-lived. 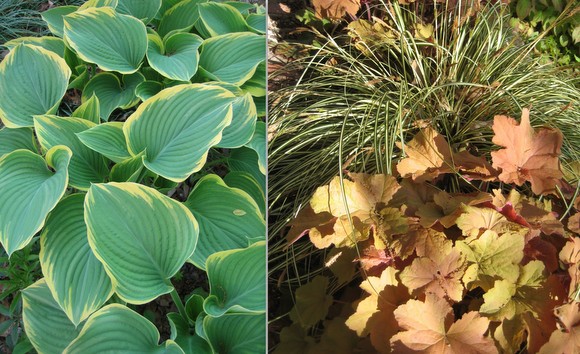 Above, newly emerging Hosta ‘Sagea’ and a bronze-colored Heuchera with ‘Evergold’ Carex.  It’s one of the evergreen Carexes, and can take sun or shade. 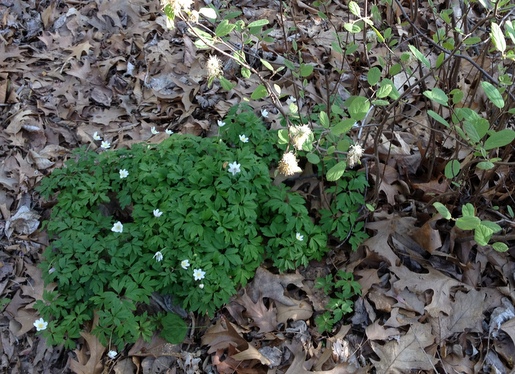 Here’s a groundcover I’ve never seen before – Wood Anemone or Anemone nemorosa.  Gotta get some!

Also evident in the photo above is Larry’s practice of leaving fallen leaves in place in his perennial borders.  I questioned this practice, having read warnings about dead leaves smothering perennials, but was assured that the perennials are safe and that the leaves decompose by mid-summer or so.  Larry says that smothering may be a problem with maple leaves because they become so tightly compacted, but the leaves of his oaks and tulip poplars are no problem.   Good to know! 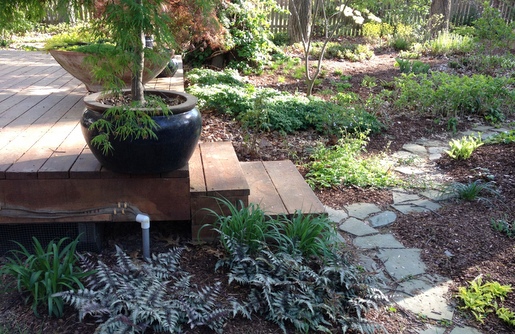 Love the large pots on Larry’s deck, and the informal fieldstone paths.  That’s Japanese Painted Fern in the foreground. 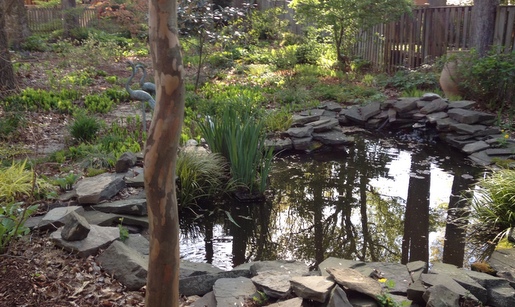 Notice more interesting artsy elements – the metal cranes on the left and the large pot on the right.   And how about the stunning bark on the Stewartia in the foreground? A diehard do-it-yourselfer, Larry built the pond himself.

Thanks to Larry for the tour, but I haven’t finished with him yet.  Coming soon – his favorite native ferns and Echinaceas.

Lonicera photo by Larry Hurley.  All others by the author – Susan Harris.