For me, this is a great time in the perennial garden: things change so quickly now as new growth emerges from the soil and plants start their 2016 performance. First, it’s so exciting to see that a given perennial has lived up to its name, and, well, lived.  Perennials have the potential to come back year after year and get bigger and better, but I guess it’s no secret that sometimes they answer a greater calling. Or are abducted by Space Aliens.  So it’s nice to see them return. 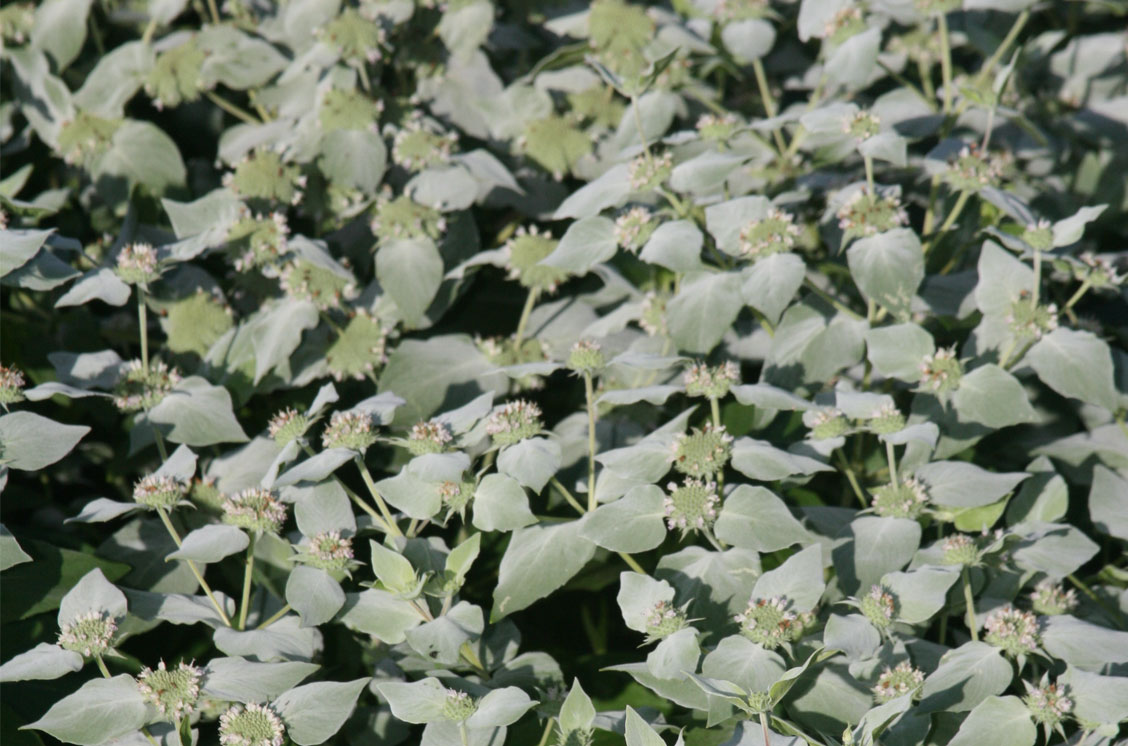 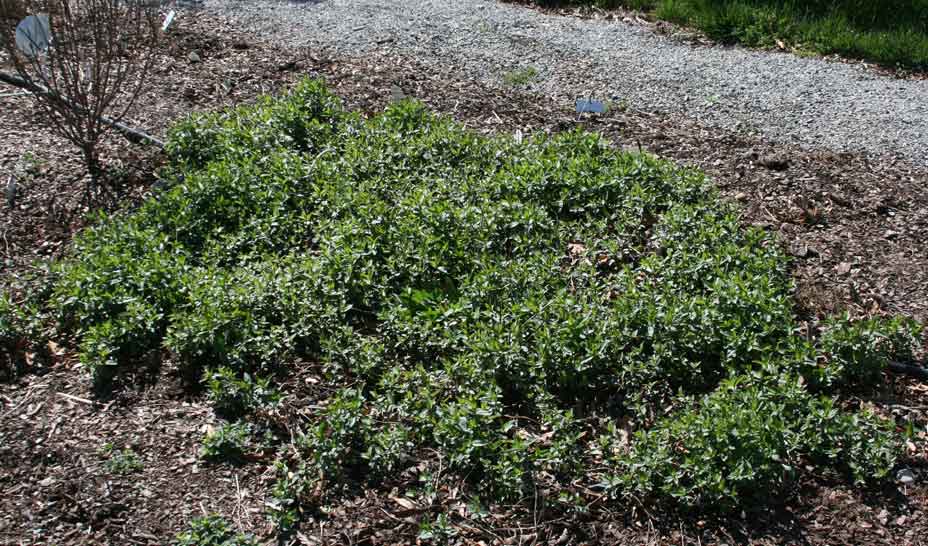 This is also the time when we realize what is meant by various terms like: spreads; aggressive; spreads rapidly; “don’t blame us, we warned you.”  I was looking at the Pollinator Garden that we planted here at Behnke’s last summer, and it’s pretty impressive how quickly the Mountain Mint (Pycnanthemum muticum) and the Asters have doubled (or tripled) in width from those small pots we put in last year.  Great pollinator plants–the Mountain Mint was always loaded with bees and butterflies—but in good soil it’s going to be a pain to keep under control.  We also had it in a shady spot in poor, compact soil near the parking lot when we had a store in Potomac, and there it spread slowly (and the deer left it alone, which was a big deal there).  Sometimes we have alternatives: pink obedient plant, Physostegia, runs like the wind, but there is a refined, white-flowered variety called “Miss Manners” which maintains a tight, short clump. She’s coming back for year two.  Monarda (beebalm) also gets a bad rap for spreading, but the newer, compact varieties are better behaved. (That said, the breeders may have overdone it; some of these newer Monarda are so compact that I have some concerns. They are extremely tight-growing the first season to the point of being, well, ugly. I hope they actually do relax a bit and spread out some in season two.) 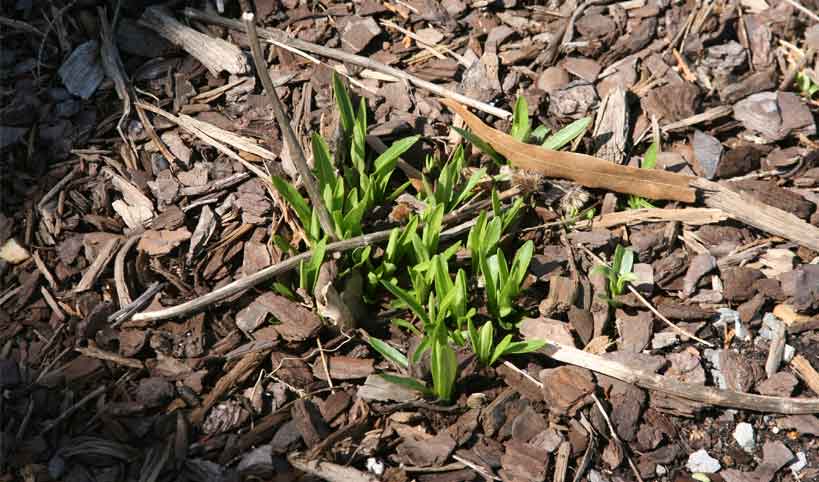 I am eager to see how the Echinacea (purple coneflower) fared.  They are a bit tricksy to get established, especially the varieties that stray from the classic pink or white single “daisy” form.  Although it is difficult to bring yourself to do it, they do much better if you remove the flowers the first year to allow them to focus on making a strong crown rather than being pretty.  In the Pollinator Garden we planted a bunch of Echinacea “Pow Wow Wild Berry,” which sounds like a kid’s breakfast cereal.  It’s vigorous and early-blooming in the pots, let’s see how it does for us in the ground.  The Echinacea tend to come up a bit later than some of the other perennials, but I would expect to see something next week if it doesn’t get too cold again.

We also planted butterfly weed and swamp milkweed (Asclepias tuberosa and Asclepias incarnata).  The swamp milkweed has nice deep pink (or white) flowers, the butterfly weed had bright orange flowers.  The butterfly weed is always one of the last ones to emerge, not until the end of April, and it is notoriously finicky to get established.  The swamp milkweed is tough, tolerates a wide ranges of soils including soggy soil; both flower for a long time.  They serve as a food source for the monarch butterfly caterpillar (that is, if a mamma monarch lays eggs on the plant, they will eat some of the leaves) and the bees and butterflies love to visit the flowers.  They also attract some other odd insects, like milkweed bugs and invariably get orange-colored aphids, so you need a tolerance of insects in the garden that goes beyond butterflies.

The absolutely last thing to come up, usually around Mother’s Day (early May), is the hardy hibiscus; Hibiscus ‘Lord Baltimore’ and its cousins.  It grows very fast and will be several feet tall and blooming by July 4th.  We always get calls from concerned hibiscus parents, and we tell them to just hang in there; usually everything is okay. 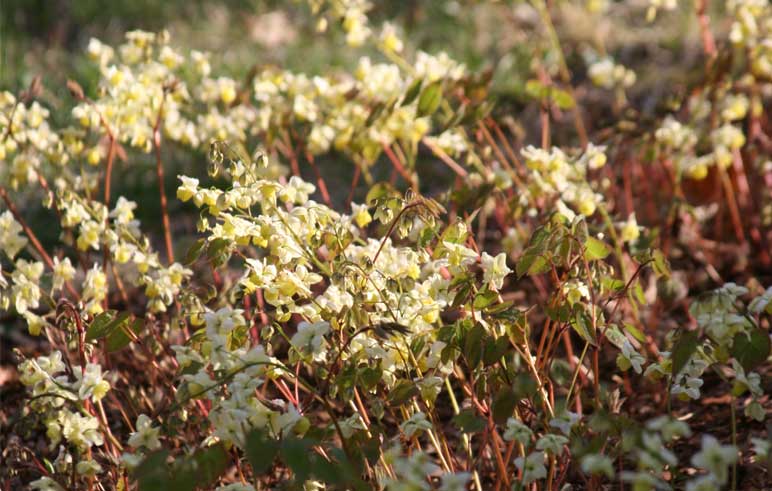 So my advice: get out there and walk the walk, see what’s up, and try to remember what you planted in those bare spots.  Hostas are just nubs poking up now, Epimedium (barrenwort) buds are emerging from the ground below the overwintered foliage, Virginia bluebells are flushing leaves and budding…it’s a great time to be alive.